String Theory. I think about it sometime-the interconnectivity between us all. I write in my journal after each event. Her name is unimportant now. Just another one–there have been so many throughout my life. I won’t bore you with the details. But, there is one thing in common with each one. A random instance that forever connects the victim and myself…..this, chance event then changes the course of our lives. I don’t think it is chance. I think it is meant to happen. String Theory. I helped her move into her apartment just week before. I didn’t know her until that day and now, because I helped her that day because of a connection I had with her brother, she felt comfortable inviting me into her place. Dumb Bitch. I enjoyed the rape. She was every bit as tight as I expected. Hugging my cock with her moist pussy-yeah, she was saying no, screaming and looking scared and disgusted, but her pussy was saying yes-yes-YES. When it was over, I finished tying up her legs. No point in letting them get away. It was too much fun to make a stupid mistake and get caught. Then, as she lay there bound, gagged-violated, I told her how this was all just dumb luck-random. I liked to tell them things like that. Made them feel even worse. But I knew the real deal. She was given to me somehow and now, I would end her. Funny, she actually fought to survive-bound and all. Stupid fucking bitch. Amateur at best. But, I did my thing–rope double wound around her sweet neck. Face turing proper colors, body contorting and twisting. It was all textbook. She really wanted to live. I will giver her that. But……in the end, she was just dead. Nothing. I could have done more–could have taken her back to my place….but, I just helped the bitch move and, I was fucking tired. I left her to rot in her new apartment. I already had my eye on the next one. Only knew her for a few months and she was telling me all her problems. Another stupid bitch. 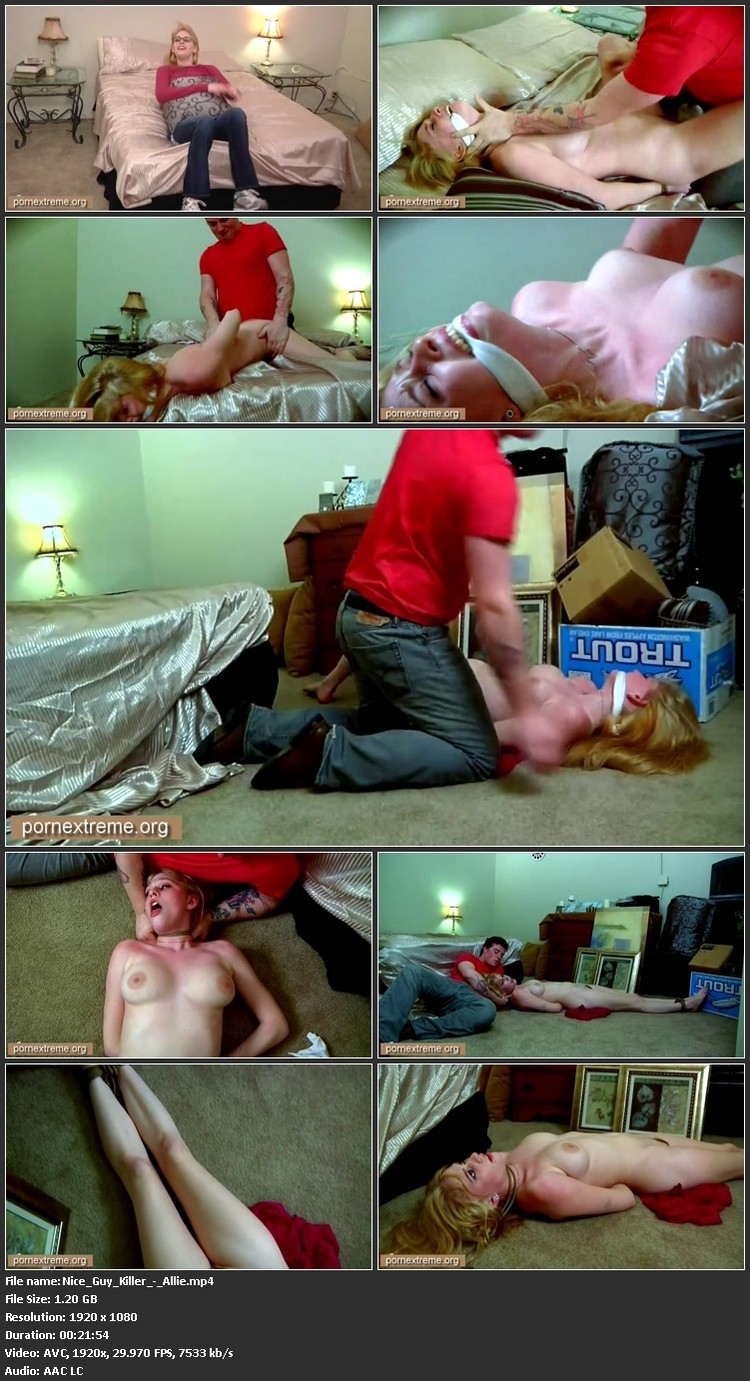