A woman makes an excursion trying to find a shopping novelty and instead, winds up in the middle of nowhere. With her phone dead, she decides to explore. Soon, however, she is creeped out by noises and gets a bad feeling about her situation. When she tries to leave, however, the keys to her car are missing. Suddenly a crazy man slaps up against her window with obvious bad intentions. She scrambles to get out of her car, screaming as she climbs out the window with the man close behind. She runs through the woods and end up finding another seemingly abandoned building. But, when she enters, the man is waiting for her, and slams her up against the wall by her throat. As he chokes her, he gropes her. Soon, he has her lifted off the ground by her neck. As she kicks wildly, her sandals come off. She fights against him but he is incredibly strong. Slowly, she lost her energy and her eyes turn up as she went slack. He tossed the dead woman on a nearby bed and begins thoroughly fondling her. Then, he climbs on her and pumps her warm corpse. After a while, he flips her over and does her from behind. When he is done, he lets her raised ass flop to the side and he watches her lifeless form. Later, he takes out out to the woodpile and lays her out–planing to set it all a blazed that evening. 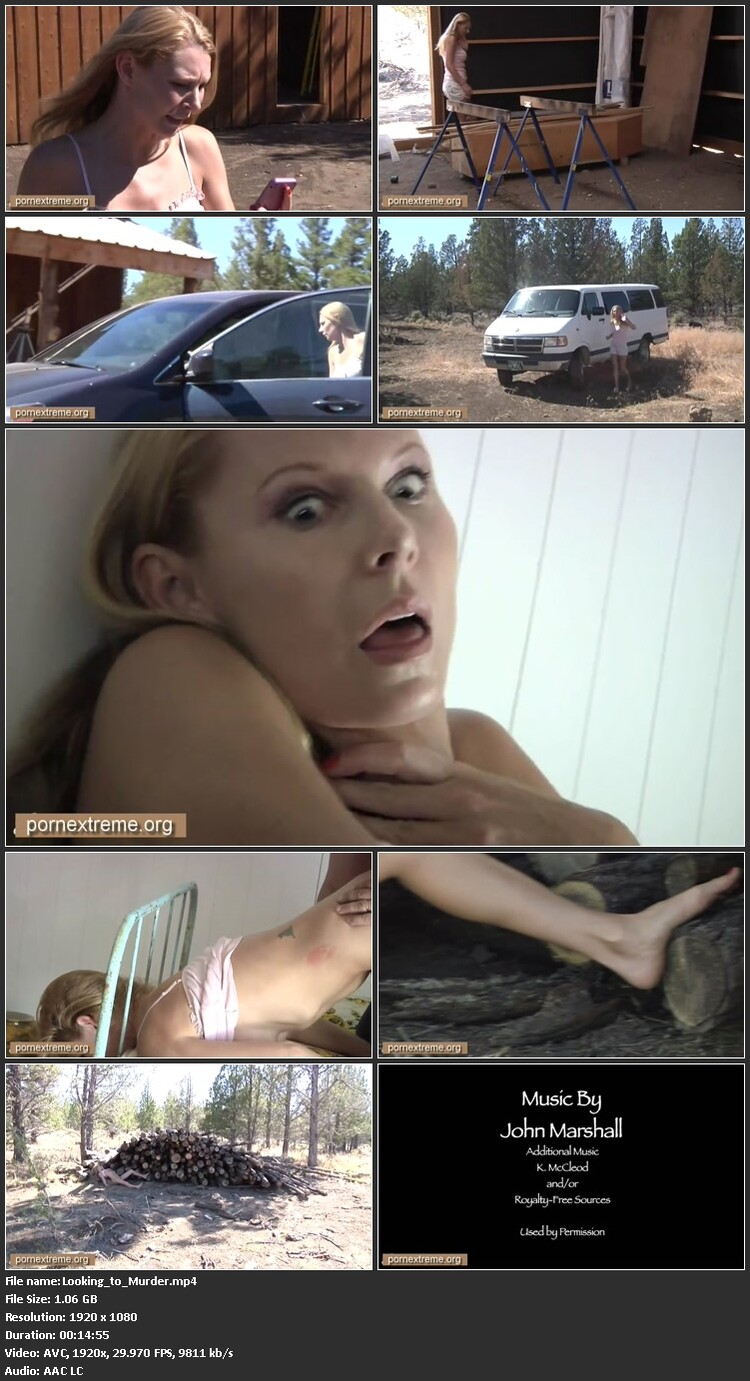