Black Canary has been captured, tied up, gagged andcaged. She struggles against her binds and tries to get out, but her captor comes and starts to tell her how much he hates superheroines, and how he is going to teach her a lesson. He drags her out of the cage and pulls her gag off of her, not realizing she is Black Canary, and she lets out a scream that knocks him back. He rushes forward and grabs her by the throat, crushing her larynx, making her unable to scream. They fight for a little bit, but he overpowers her and ties her hands above her to the cell and starts to tickle her. He then climbs up the cell wall and starts fucking her face, then he jumps down and strips her and starts to fuck her on the cell in several different positions, then he unties her and throws her onto the bed and starts to fuck her again, and pounds her pussy till he cums all over her. He then gets up and unties her and strangles the stupid heroine till she’s dead 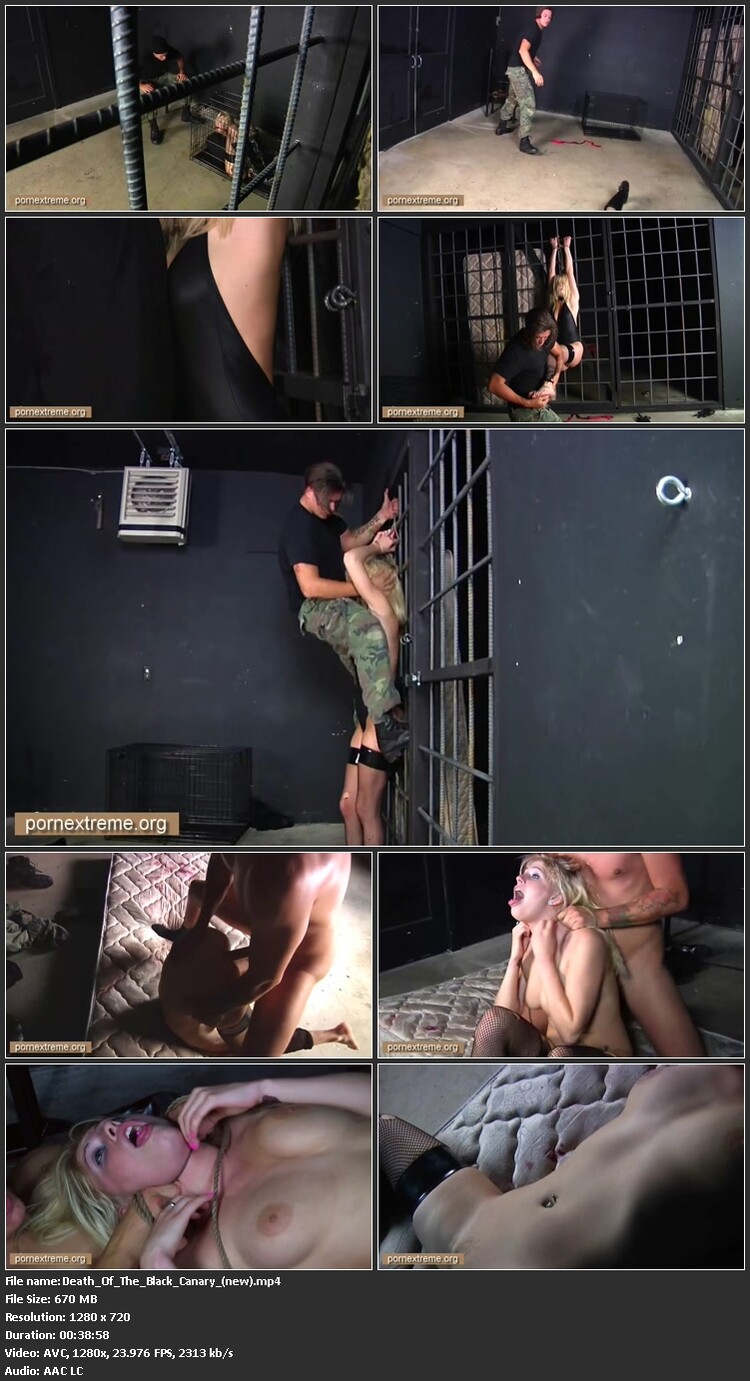