Casey is an up and coming reporter looking for her big break. She convinces her cameraman to follow out to a remote warehouse after catching a lead about a baddie. She is setting up her shot, when the guy catches her. He is paranoid and does not believe she just wants an interview with him, but thinks she is working with the feds. He kills the camera person, then takes her deeper into his hide out. He strings her up by her wrists, threatening and beating her for information. She does not know anything and in the process of the torture, goes unconscious a few times. He tries cattle prodding her, then puts her up on the X-Frame and shocks her. He violates her with a bottle and forces her to orgasm with a vibrator. After completely working her over, he decides that she knows nothing, but has no plans to let her go. Instead, he uses her for sex, getting himself blown, the fucking her, then making her blow him again until he cums all over her. Finally, he uses his winch to pull her up by her neck, strangling her to death. Afterward, he drags her off for disposal. 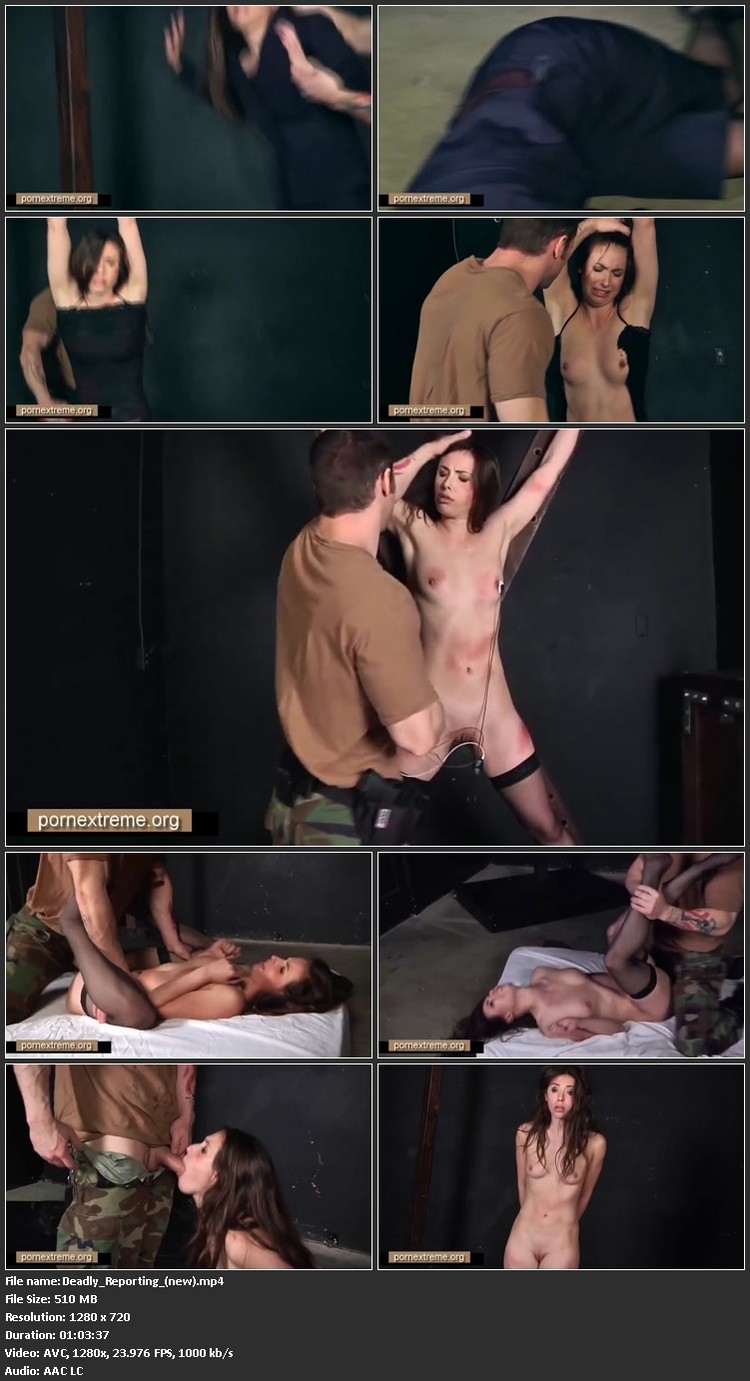