The intense 5th installment of the “Deadly Interrogation” series. Tegan’s performance and intensity is awesome. And, the long STRANGLING scene at the end is tragic, brutal and brilliant with awesome necro!!!

She was a spy that had information. That is all that mattered to him. That was all he was tasked to do-get the information by any means. In this case, it was a memory card. She knew about it. She knew it’s location.

This girl was tough, a fighter. Sitting before him, he beat her and beat her, but she would not talk. It was expected. He was prepared.

The stimulant he injected in her neck periodically was to keep her alive-alert, but even that, sometime, could not stop her from passing out. Admittedly, he was pretty rough with her..but nothing he would not have done to any captive agent-pretty or not.

But, after a while, she was not to pretty. He pummeled her over and over and when that did not work, he started shocking her. First with the wet sponge and battery. Then, with teh special leads attached to her. She kept of the resistance though. She was a tough motherfucker.

After a time though, she started showing signs of weakness. He smashed her shin with a bat-then beat her some more to seal her weakening resolve. After she went out again, he suspended her by her wrists. Then, he hit her and beat her with the bat.

For variety, he switched to a cattle prod. Not just any cattle prod, but one of his own design, powerful. He shocked her all over, even her armpits, pussy and neck.

But after all that-hours and hours of torture, this sobbing girl that was once an elite spy-would not talk. So, he started beating her pussy with a bat.

It worked. She swallowed the card.

While he waited for her to pass it, he forced her to suck his cock. She was good-gagging on it, drooling. It made him hot. He wanted her. But he had a job to do.

Then, he had a brilliant idea. He knew how to get the card faster, and get his rocks off. He wrapped a rope around the broken, beaten girls neck and strangled her. Her energy cam back momentarily and she fought like it was for her life-it was. Struggling, kicking, grabbing at the rope-but nothing could save her and after a long struggle, she relaxed. Dead.

He now had what he came for. And, with time to spare before the meeting with the bosses, he fucked her cooling corpse for a good while until he came over her dead, bruised body. 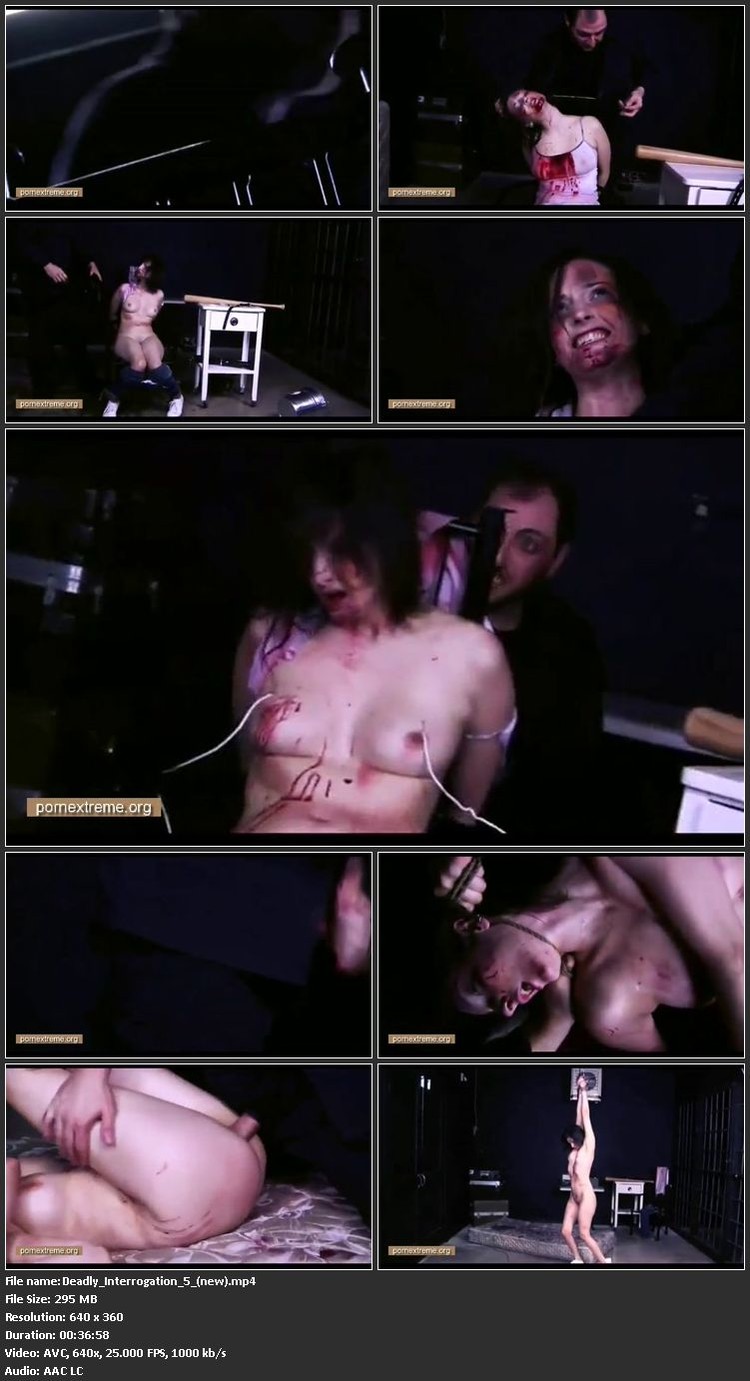