Two sister’s lives become a living hell, when an armed man breaks into their apartment, demanding that they beg for their lives. Shocked and fearful, the pair kneel, cowering near the bed, pleading with the man to spare them. Ordering one sister to crawl across the bed to him, on her hands and knees, she does so, only to be shot in the head, a spray of pink mist coloring the air around her. The other sister is paralyzed at the sight of her sister’s dead body draped across the bed, but things are about to get worse. The man forces her to strip her sister’s corpse, until her tits exposed and her pantyhose are pulled down, her hairy bush in full view. Grabbing the remaining sister by the hair, the man forces the woman to lick her dead sister’s still warm pussy. The gun fires and there is another spray of blood, the other sister falling limp to lie beside her sibling. Peeling off her pantyhose to reveal the other sister’s beautiful round ass and vulnerable snatch, the man crams his hard shaft into her defenseless sex. He twists and turns her body, flopping her around to find which position will let his dick go deeper inside her, her slack flesh shaking with the force of the man’s thrusts. Soon, the pleasure of his plaything becomes too much and he aims his cock to unload a coating of cum on her lifeless chest. He leaves in search of more victims, while the bodies of the two dead sisters remain, their most private areas exposed and crusted in man goo. 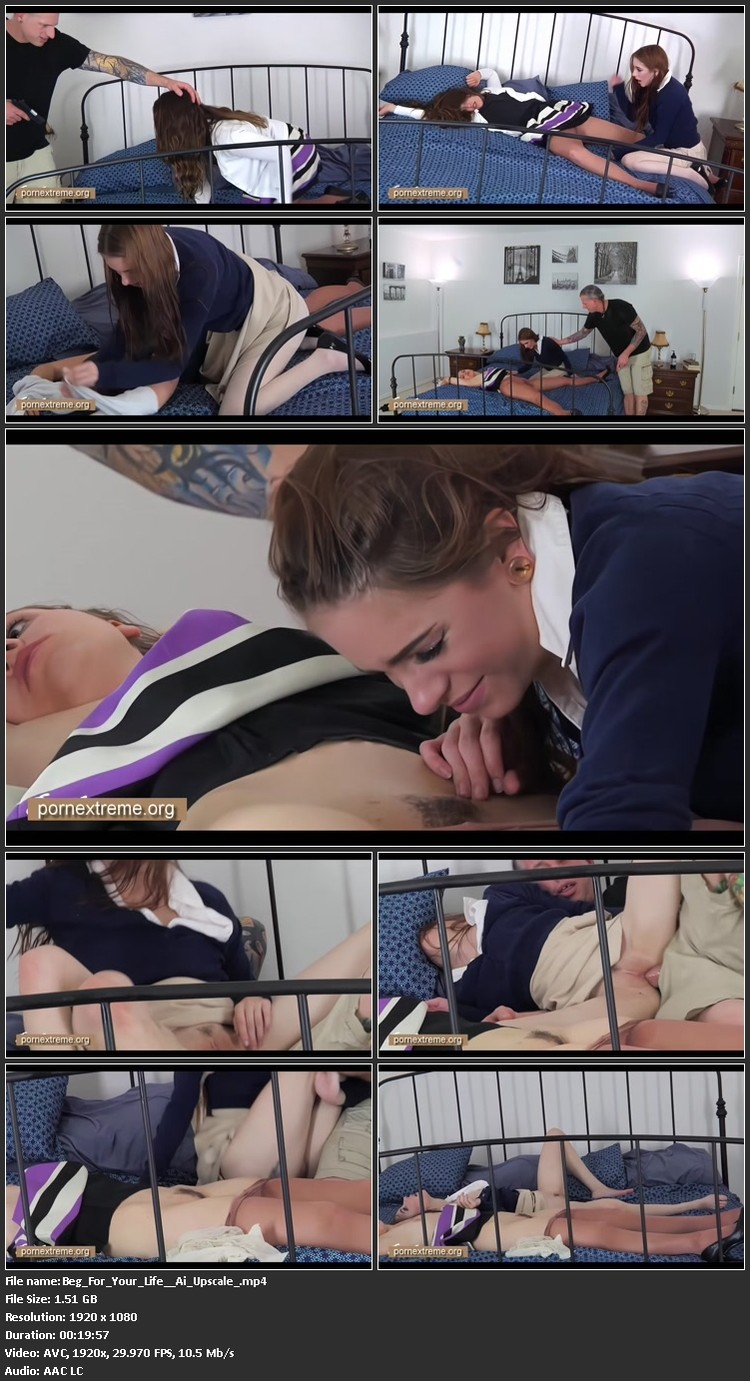