Description: Catwoman and a couple of her thugs have broken into a house and are stealing everything of value, but Batgirl comes in to save the day, she atarts by kicking the thugs asses, but when Catwoman walks up and gives her the quivering palm attack, Batgirl finds herself paralyzed on the floor. The thugs pick her up and place her on the bed while Catwoman puts on a strap-on and fucks Batgirl like the slut she is. After a good fucking, Rock her henchman comes up and slides his dick in Batgirls mouth until him and Catwoman switch, Catwoman riding Batgirls face and Rock fucking her until he cums all over her face! Then they strangle her, ridding the world of one more heroine 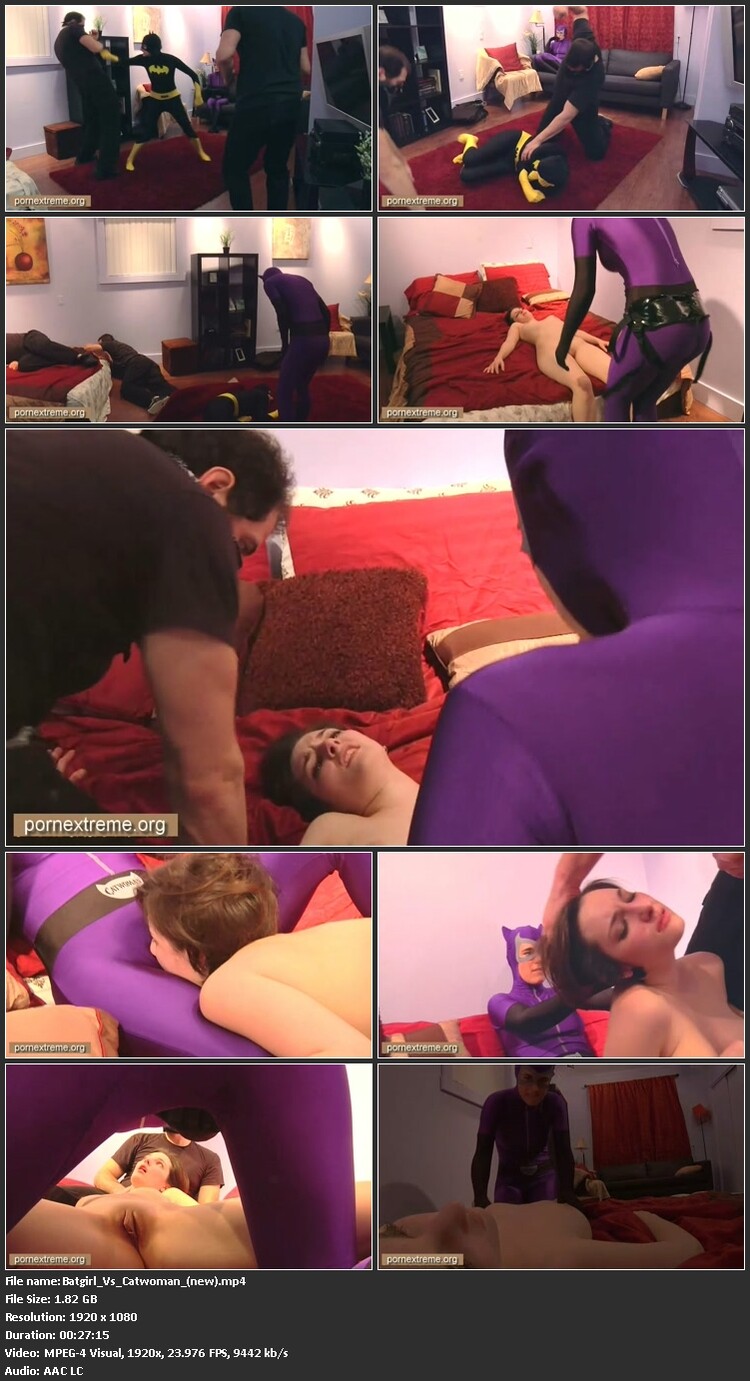