Robin has been kidnapped by Catwoman, she leaves a note for Batgirl to find. Catwoman orders her thug to tie up the sidekick in a secret room so she can have her fun with Batgirl. Batgirl shows up to the secret lair and attacks the villains, but she is quickly overpowered, Catwomans thug spanks her then they put her on her knees and he fucks her face. Catwoman unzips the crotch of her latex suit and has Batgirl lick her pussy, then puts on a strap on on fucks the heroines face before laying her down and fucking her tight pussy. With no more use for the beaten heroine, Catwoman orders her thug to strangle Batgirl until dead 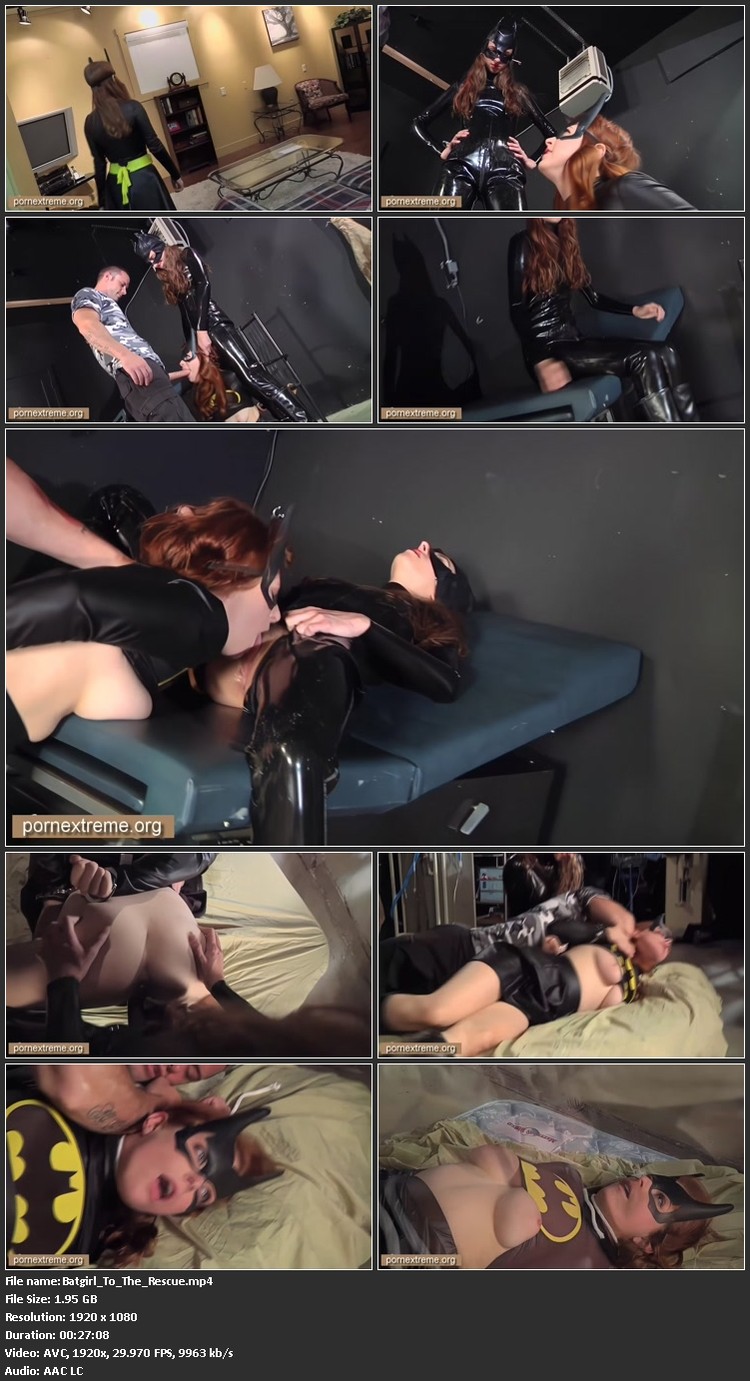