Batgirl has been captured by some of Wayne Brenen’s thugs, they drag her into her lair and lock her in a cell. The thugs sit down and play a game of cards. She distracts them by throwing something from her utility belt, and they go to check the noise, she then pulls a lock pick from the heel of her shoe and starts to pick the lock, she finally gets it when her captors come back and continue playing their card game, one of the thugs fold and goes to check on Batgirl, he notices the lock is unlocked and she kicks the cell door open knocking him down, the other thugs rush in and attack, she makes short work of them, when Wayne Brenen comes in and pulls out a raygun and fires, she collapses to the ground, weak and convulsing. Dr. Brenen orders his thugs to tie her up, they put her on a table leaning against the cell, with her arms over her head and her legs frog tied as she hangs there helpless. Dr. Brenen starts to punish this poor heroine by having his men tickle her, then he gives them the Hitachi magic wand and has them hold her down while they rub it on her pussy, making her scream in pleasure and humiliation as she cums again and again. Wayne Brenen decides it’s time to reward his thugs, so as he leaves, he tells them they can have their way with her, they argue over who gets to fuck her first, but Torro wins and fucks her till he cums all over her, she tries to escape so Torro grabs the rope and strangles her and leaves her dead body in the cell for future use. 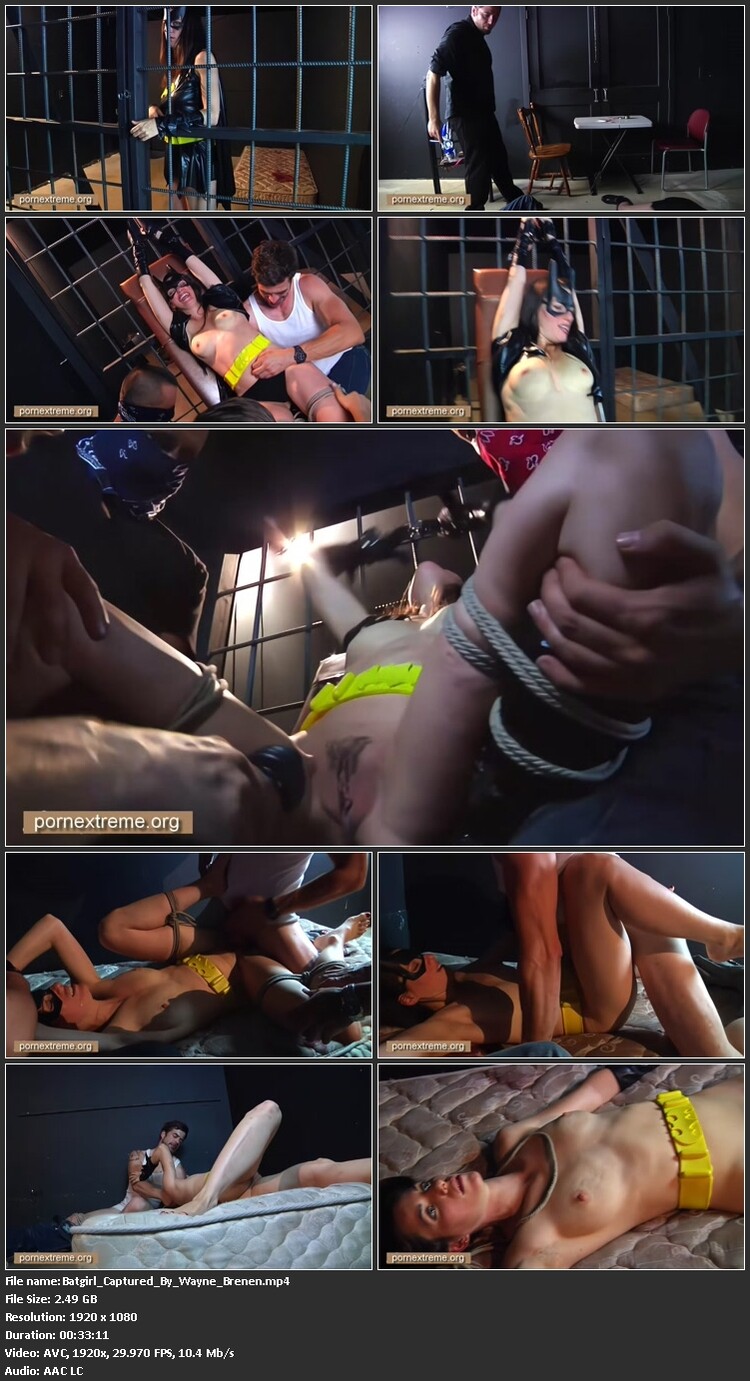