The sexy assassin Riley slips into the kitchen, a silenced pistol in her silk-gloved hand. She means to get the drop on her target Aaron, but he’s spotted her. Aaron rushes into the kitchen and perforates Riley’s lower abdomen, pussy, and torso with high-caliber pistol rounds. She slumps to the kitchen floor and bleeds. Aaron’s attention turns to Riley’s good looks. He tenderly removes her sexy, blood-soaked attire. Sliding off her silk panties, Aaron admires his sharp-shooting on Riley’s cunt. Bullseye. He props Riley and the kitchen table then slides his dick in her wounded pussy. The traumatic fucking wakes Riley from her comatose state. Aaron fires another round in her belly to subdue her. Riley stumbles forward. Aaron unsheathes his trench knife. He grabs her from behind and she tumbles down onto his knife. It impales her lovely chest. With the death blow struck, Aaron goes back to necro-fucking Riley’s decimated corpse. He fills her bloody pussy with his cum and leaves Riley in a pool of blood on the cold kitchen tile. 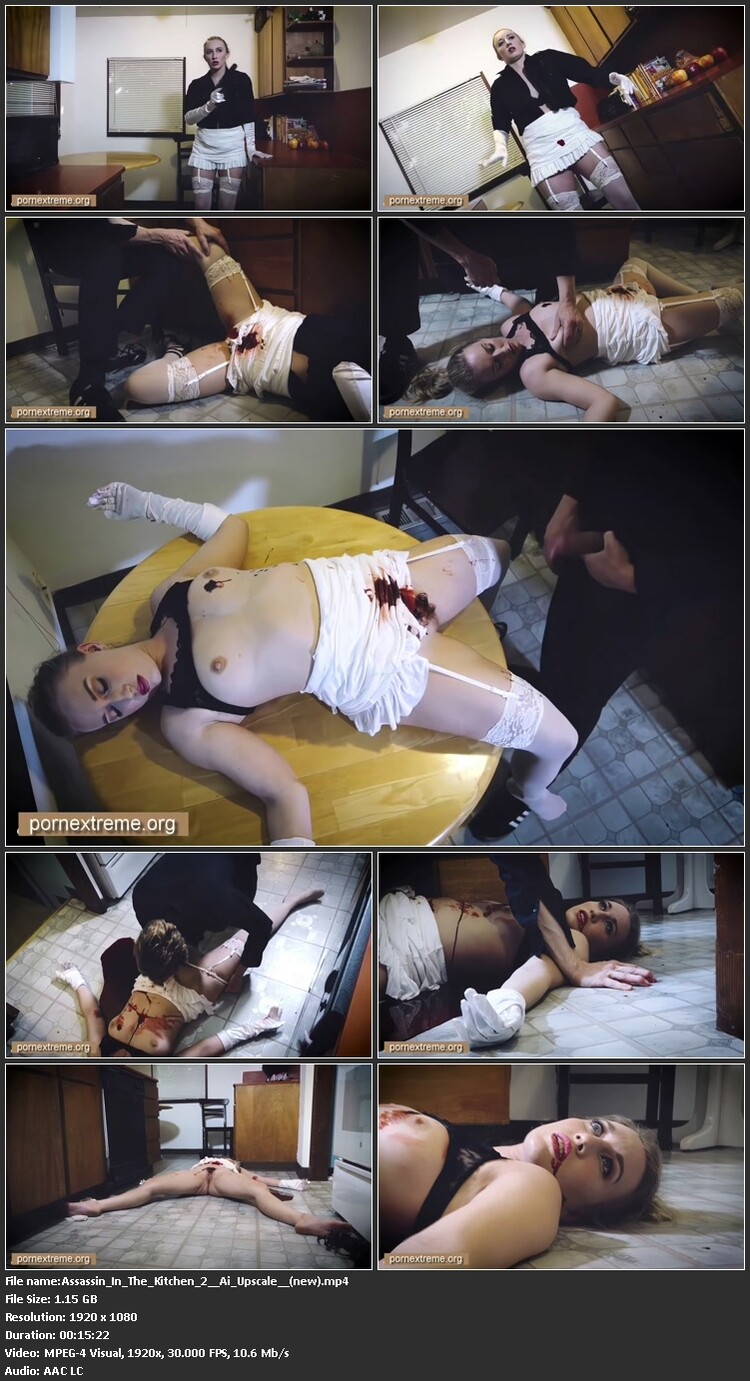