On her world, she is the victim and having sex is dangerous. You see, on her world, once the woman is impregnated, she goes into instant labor, the baby developing in her, then bursting through her belly and slithering off to it’s new daddy. Mommy, unfortunately, is dead–a blood mess.
She loved sex, but she was not going to take that risk just for please. So, she escaped, off her world and found Earth. Here, she could fuck all the guys she wanted, give them pleasure, feel all the pleasure she wanted and most importantly, no one got hurt. The only problem was-leaving her home world was illegal, a crime punishable by death. She could never go home again. Tonight, she met a great guy at a bar, took him home and gave him pleasure. She sucked his cock, and then they fucked. Later, they went to her bedroom and fucked even more. It was the best sex she ever had. She had no idea Earthman could fuck like that. It reminded her of something. Then, as they were cuddling, she felt the pain start. Even as she clutched her belly, the man got up, stood-watching her.

The pain started to intensify. She had heard of this type of pain before–where had she…..no, she knew. It was the feeling of pregnancy. He eye widened. This was impossible unless-unless. And that is when he spoke. He was not a human after all, but an alien as well–from her planet, sent to execute her for her crime. But, instead of just vaporizing her, he thought it would be ironic to kill her in the very way she was trying to avoid. The words faded as the pain increased. She started convulsing, screaming in pain and agonizing. Blood curtaling screams-over and over and over. Her face and muscles were locked–veins popping out of her neck-her body shacking, spamsing. Suddenly, she arched up, then down, then up, clutching her belly. It was growing inside her, she knew, she knew it was about to..to…to. Then it happened. Her belly expanded and exploded. The blood went everywhere, her innards flew out and somewhere in the cover of blood and organs, was it, the alien baby-a green trail that shot to the ceiling, where it most likely crawled away. He will have to take care of it-later. Now, he looked down at her, at the once beautiful girl, frozen in death, a scared, pained look. He left. His job, done. 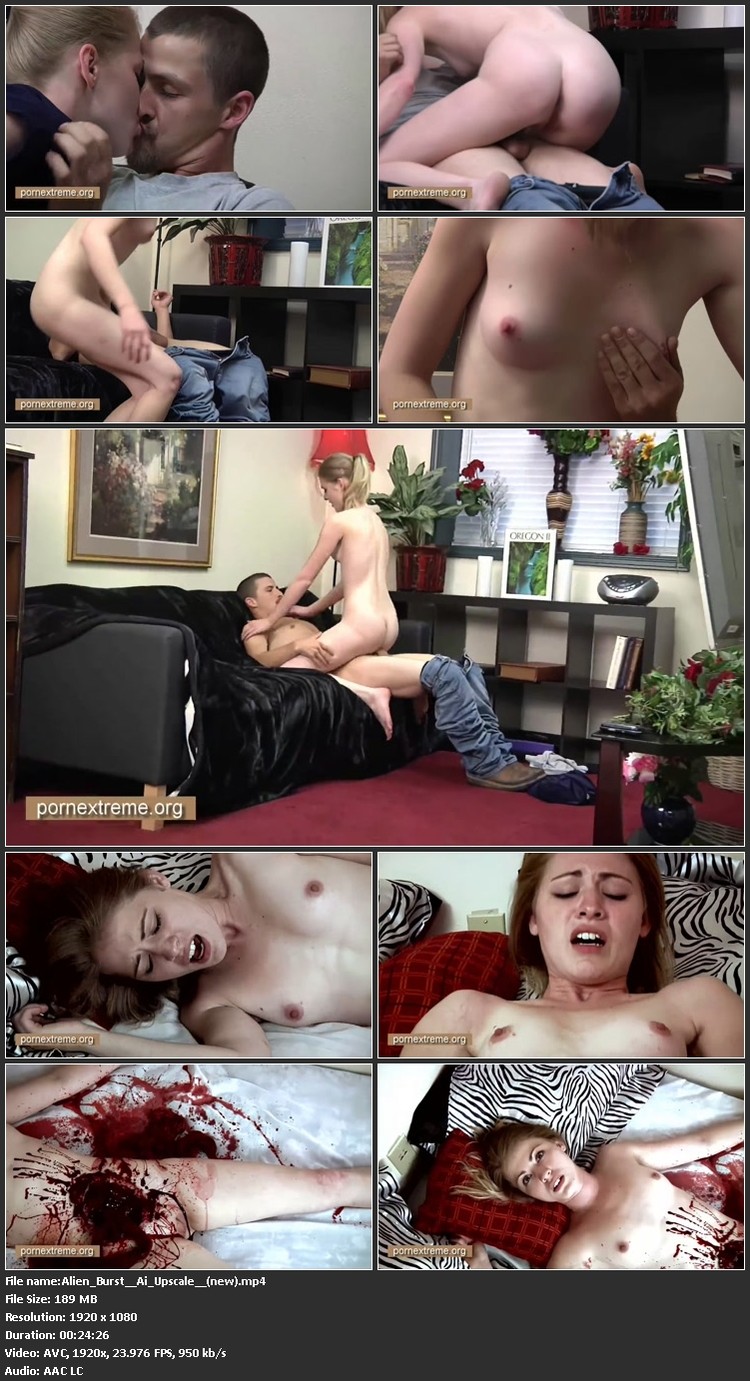