It’s been several hours. The teenage girl has been sleeping in a dog kennel. The men come, force her out—crawling across the dirty floor. After briefly sucking their cocks, it is time to run the gauntlet of sex. Up on the bed, they go at it, multiple positions, something always filling the main holes of this once teenage innocent. To further add to her abuse and utter deconstruction of who she once was…they prep the next hole to be filled. She begs them no to go there. Not her ass. But it is too late. The largest cock plowed it open and plunges deep in ass. And it goes on with both men taking turns fucking her ass and mouth. When it is over, she is putty, hardly able to move, sobbing. They leave her in bondage to go get a meal. Later, they return with new energy and ready to get sucked off, but she is stubborn, so they ply her with the bottle….only the bottle goes up her pussy until she is ready to obey. Now, two cocks between her she does her best to get them off in hopes that this nightmare will end. But, with a face covered in their jizz, she is surprised by a tight constriction around her neck and the men move on to murder. She struggles and fights wildly, but after a time she is spasming like jelly and unable to save herself. In the end, she is a sweat covered dead mess and they leave her sprayed on the bed. Later, the a man comes back and fucks her corpse. 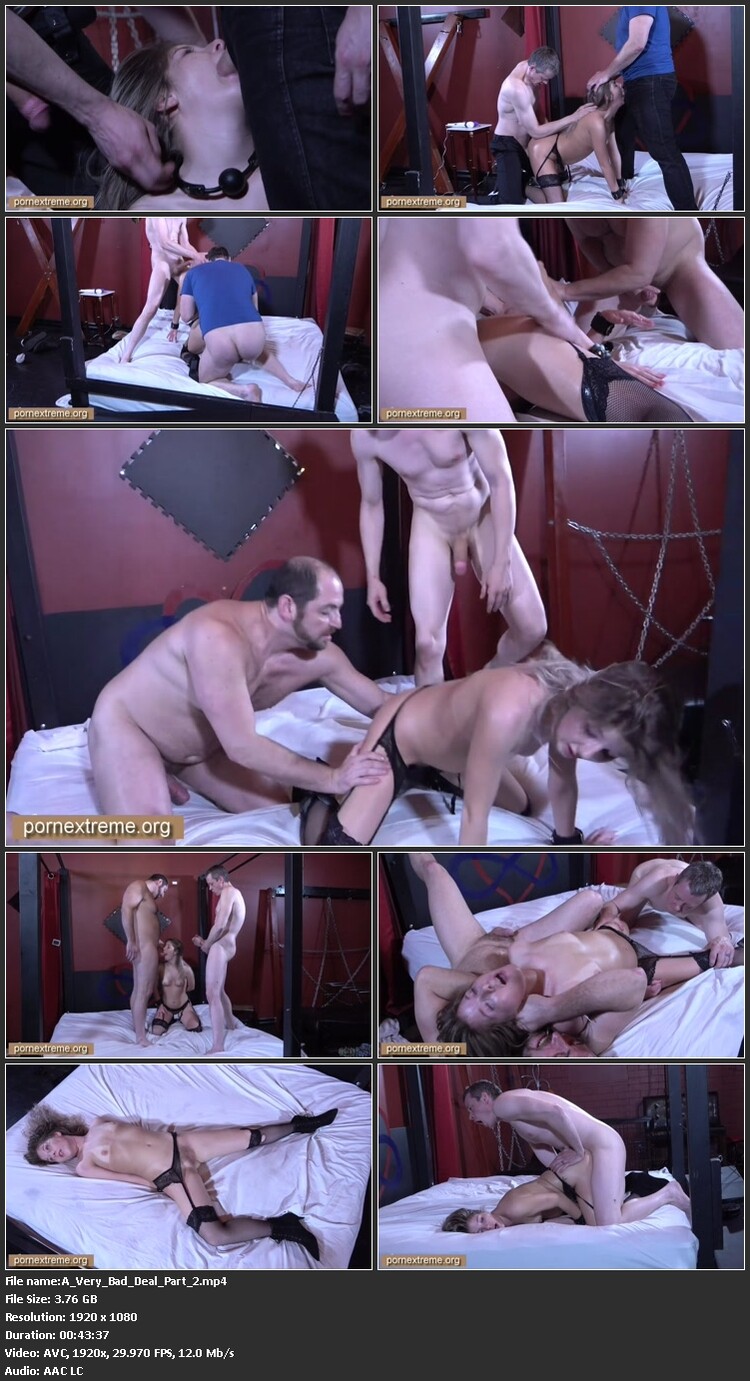