Relic was ready to check every square inch of his filthy apartment. The little spying slut knew Aaron was keeping the sensitive data close at hand. Finally, her lovely eyes spot his laptop sitting on the table. Now, she just needs to use her considerable skills to decrypt the data and she can be on her way. Unfortunately for Relic, she’s so focused on hacking Aaron’s computer that she doesn’t notice him creep up behind her, an improvised garrote in hand. He wraps the cruel cable around her pale neck and pulls down hard. Relic’s eyes bulge as she convulses and grasps wildly at her throat. She tries desperately to fight Aaron’s grip on the garrote, but to no avail. Despite Relic’s strong will to survive, eventually her brain simply shuts off without oxygen. Aaron catches his breath as he checks her pulse. She’s merely unconscious for now.

Now with the struggle momentarily paused, Aaron can’t help but notice that the little thief isn’t wearing any underwear… and that she’s hiding some juicy hangers under her blue latex coat. He gently plays with her green hair as he waits for her to regain consciousness. When Relic’s eyes open, the deadly USB cord is already around neck again. Before she can mount an actual defense, she’s trapped in a hell of torturous strangulation. She can do nothing but flail and kick feebly as Aaron slowly chokes the life out of her. He returns later and removes Relic’s coat to reveal her luscious jugs. Aaron indulges himself in Relic’s phenomenal tits before shoving his cock into her still-warm pussy. Aaron rails the voluptuous corpse, marveling at the way her boobs jiggle and shake. He laughs to himself as he fills the dead thief’s cunt with cum. Relic’s thieving days are officially over. 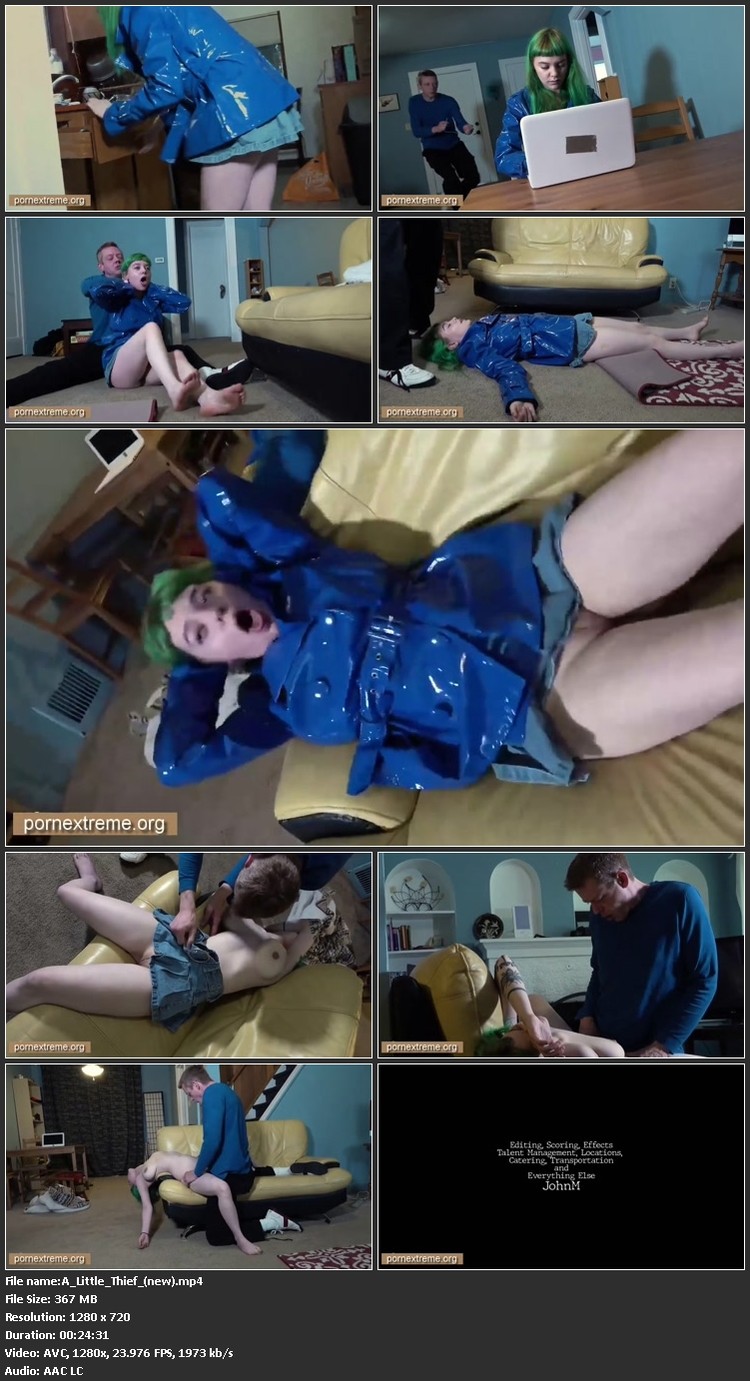