GET READY FOR… 4 great tales of shootings, cool effects, and of course the acting talents of lovely Ryanne. The Teacher. A local teacher makes a dubious discovery, but the crime syndicate has already dispatched their best assassin. She is no match, and the innocent school teacher is gunned down. Now suffering on the dest, the assassin checks her body out, exposing her in the process. When he is done with the show, he finishes her off. The Office Manager. On the way to her office, she drops some papers and soon is running for her life from a killer. He caps her in the back and as she tries to stay balances, falls over her desk. He takes his time, searching her body for the chip while revealing her goodies. Finally, he has what he is looking for and as she begs for her life, he finishes her. Then, he drags her away. The Schoolgirl. She is dressed up for the costume party and her ex-boyfriend pays her a visit. It turns out he is quite bitter about the break up and shoots her in the belly. She crumples to the floor, pleading, he shoots her again. She writhers on the floor and he shoots her again to finish the job. Now, he can take mental photographs of her as he fondles her body and reveals her tasty treats. Then, he drags her off. The MILF. A lonely women and part time spy, is entertaining a gigalo. But it turns out, he is here to take her out. As she turns to get her gun, she takes one in the back. Frantically, she tried to shoot back, but her gun is jammed and he shoots her in the chest. She arches dramatically and falls off the couch….dead. He takes his time, checking her out before he leaves her sprawled on the floor. 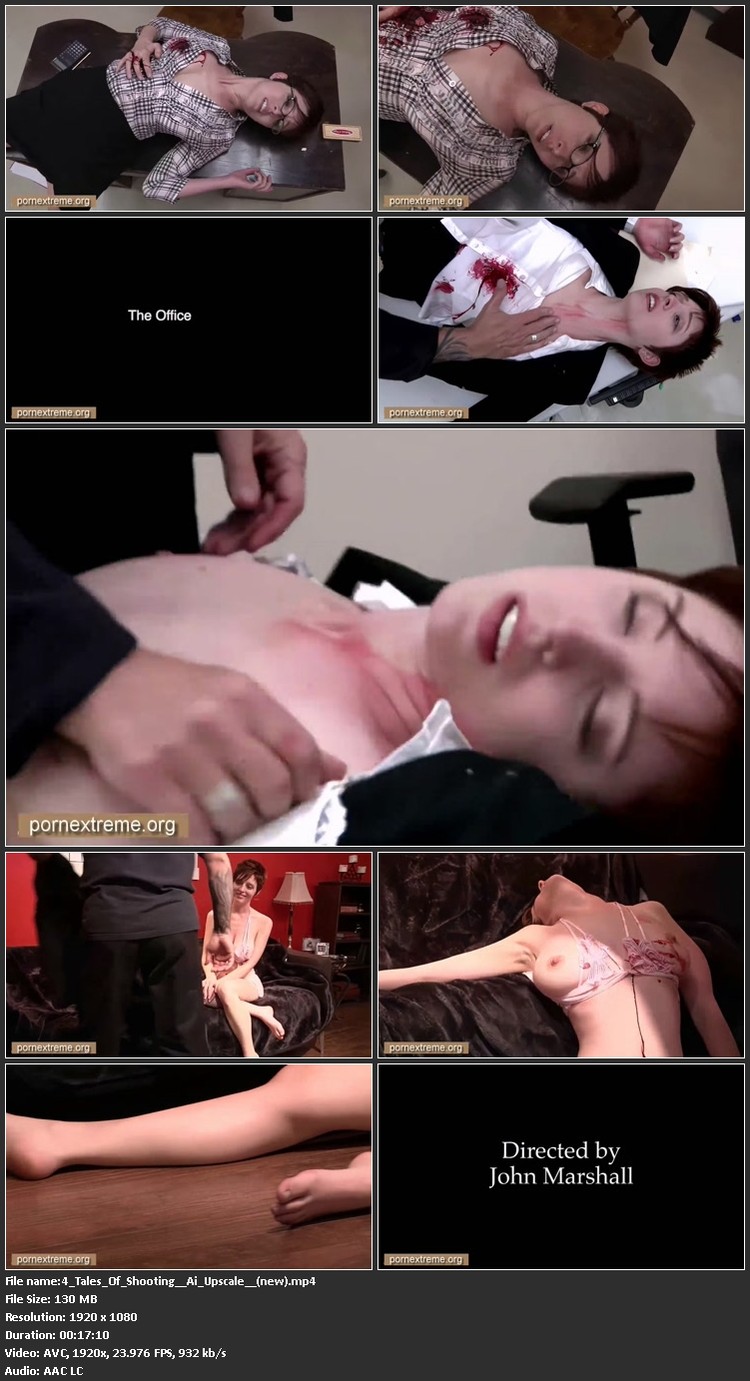