A security guy at a bar talks to a female bartender, who tells him it’s fine for him to leave, she will finish and close up for the night. He goes, leaving her alone. She wipes tables and puts glasses away, but then she hears a noise. She gets out pepper spray from her purse and walks toward the bathroom where the noise had come from. She opens the door and looks in, ready to use her spray. No one is there. Relieved, she turns around and a masked man grabs her by the neck. He lifts her up and throws her on a table. She tries to struggle, but he hits her head on the table a few times to knock her unconscious. He plays with her feet, tears her panties and starts raping her. After a few positions she wakes up and starts to resist him. He grabs her neck again and strangles her to death on her knees. He picks her up, carries her to a table and necro-fucks her body until he cums all over her ass. He leaves her body on the table when he is finished. 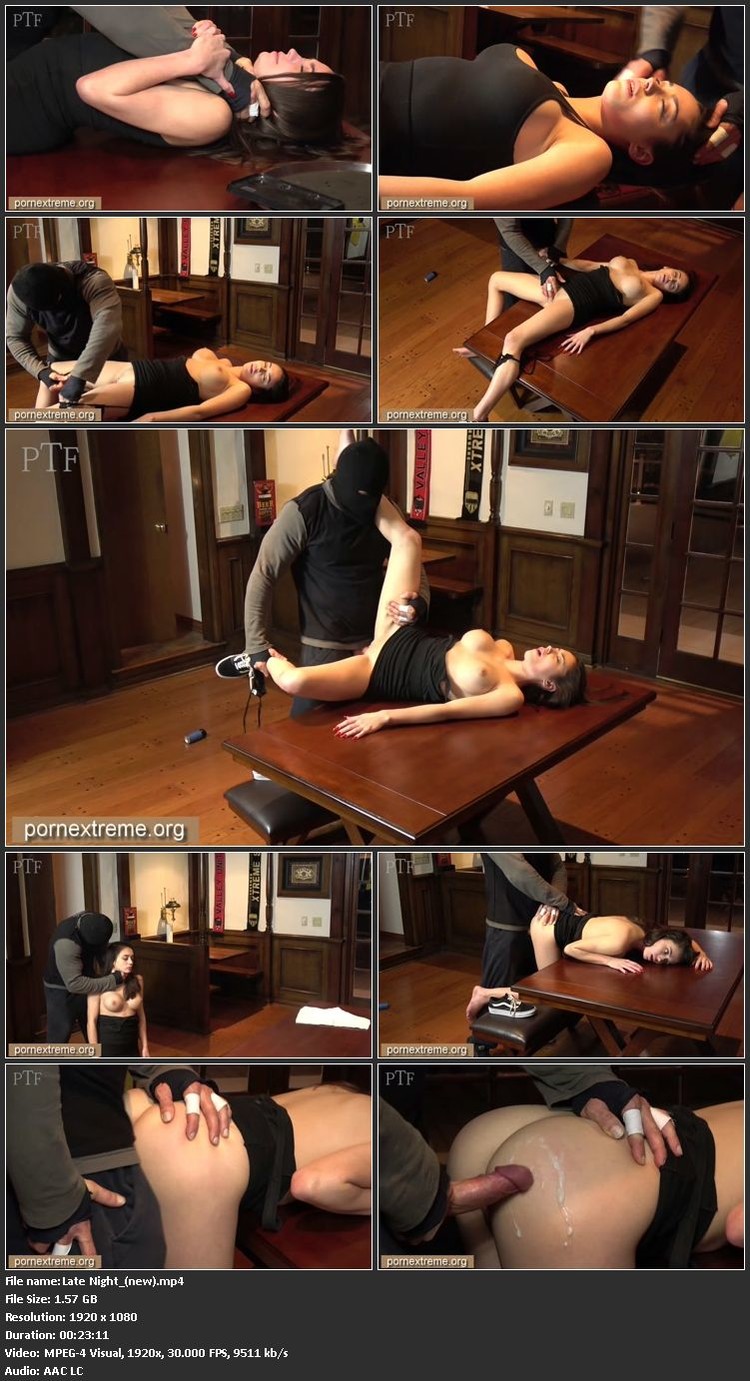