Melissa’s parents are out on holiday leaving the house completely to her. Lying on the couch in a sexy black negligee, she promises her dad she won’t throw any parties, that she loves him and hangs up. When she looks up from her phone, she finds a man carrying a duffel bag looming menacingly in her living room. Immediately he lunges towards her, pulling out a taser. The Electric shock knocks her out. The man feels up her limps nubile body before taking her away. We find the young Melissa laying on her stomach on a bed in a dimly lit and dirty dungeon. She has been gagged and the man begins stripping the lovely woman of her silkies. She wakes up to the man violating her, feeling her soft weak body beneath his hands. The man gets her up and puts her in an x-frame. He removes the ball gag and forces a pink dildo down the filthy whore’s throat, forcing her mouth and tears to get it good and wet. She squirms against the dildo as he pumps it in and out of her fuck hole. The man grabs a hitachi wand and orgasm after orgasm waves through her body, torn between fear and lustful desire for more. The woman collapses from exhaustion, incapable of fighting any more. The man moves her to a more comfortable setting and continues as he holds her down by her throat. Her juices make a sputtering noise as the vibrations pulse against her wet pussy.

He pulls the young woman off the edge of the bed and forces her to suck his cock. She drools all over his filthy length as his hard rod pumps her mouth like an oil well. Putting her on the bed he spreads her legs wide open revealing her deep pink pussy. He licks her, tasting those juices before shoving his cock in her. She cries and whimpers as he fucks her, devastated that she is being so violated and disenfranchised from fighting because it feels so good. He stops, allowing her to take in her emotions over being demeaned so pleasurably. When he comes back she begs for her life, promising to do anything to stay alive. It seems only the best blowjob she has ever given will save her. She takes his cock, pretending best as possible like she likes it. She sucks his balls with all her will to live until he shoots his cum in her mouth and on her chin. The doomed fuck toy faces away from the man who just so violently assaulted her, emotions running high, hoping he will spare her, but theres no honor amongst criminals. He wraps a cord around her neck pulling tight and begins strangling her. Her body shuts down and her lungs evacuate. The man satisfied, poses the vacant shell of a woman on the bed for her parents to find. 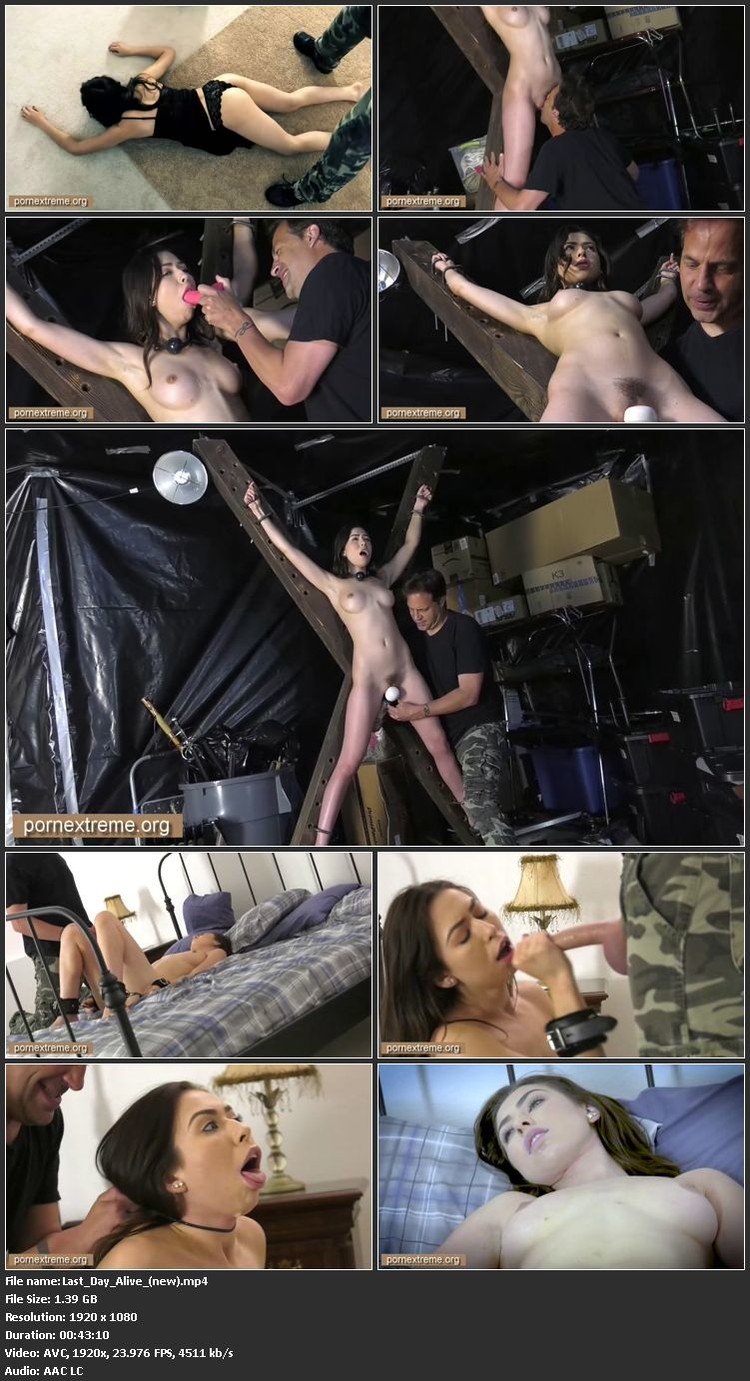