SuperHeroine The most popular extreme videos
May 28, 2021admin

Eric is just talking on the phone, when two, hot women burst into his room, fighting tooth and nail. It’s the Lady Wolverine in her tight spandex battling Emma Frost, huge tits spilling out of her flimsy costume. In a surprise move, Emma traps Lady Wolverine’s face between her super-powered mammaries, smothering her in their pillowy flesh. Lady Wolverine drops to the ground to lay still as the grave, as Ms. Frost escapes. Eric rushes to Lady Wolverine’s side to check on her, but becomes entranced by her helpless and scantily clad body. He unzips her costume, groping her perky tits, shoving his cock into her defenseless mouth and jerking himself off with her knee-high boots. With a need to feel what her superheroine pussy is like, he moves the crotch of her suit out of the way and plunges inside her. She revives while he’s fucking the shit out of her. To his surprise, she loves it. Enthusiastically joining in, she can’t seem to get enough dick, moaning as she mounts him, he fucks her standing up, and even impales herself on his manhood reverse cowgirl style. When he is ready to burst, she drops to her slutty little knees and opens wide to swallow his white, sticky cum. With their nasty fuckfest concluded, she leaves, knowing that the rest of the X-Men must be wondering where she is. 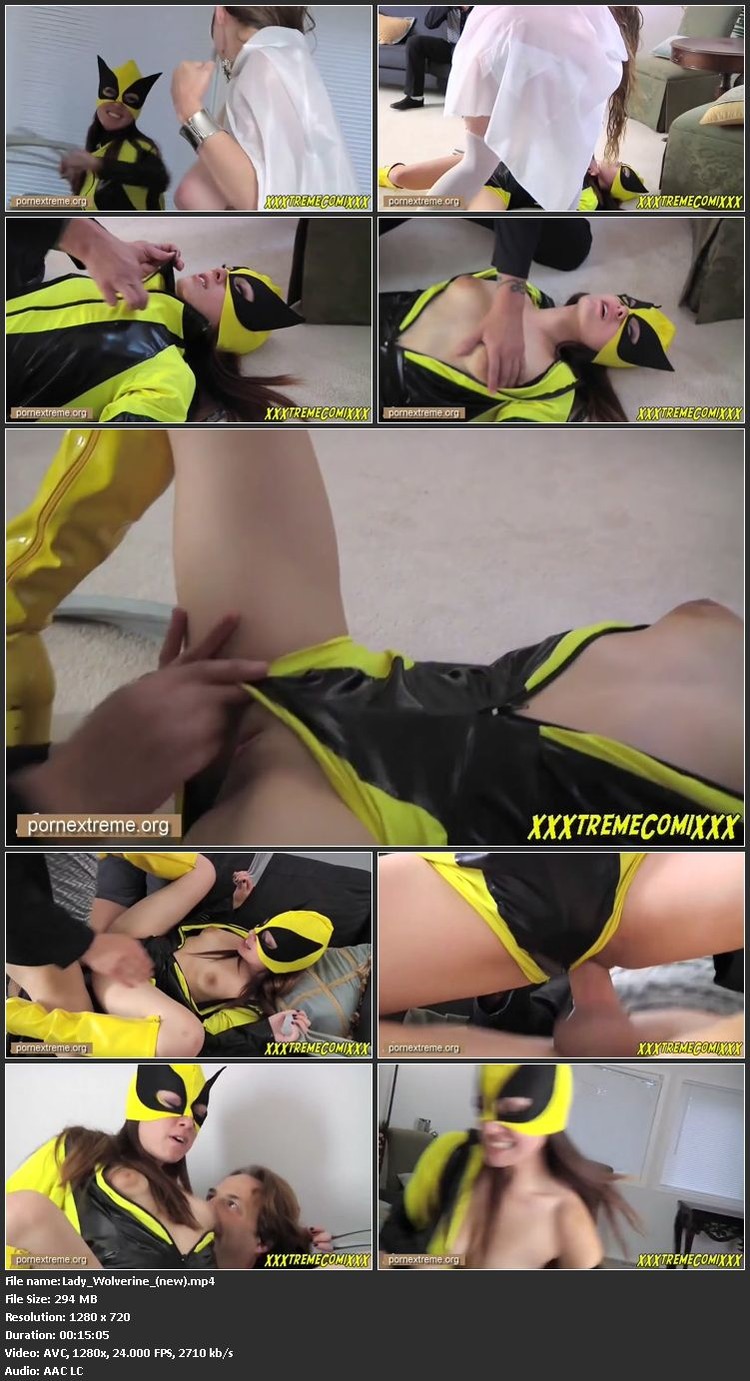