A man stalks a beautiful woman, then chloroforms, assaults and murders her. 1 Girl, 1 Guy A man breaks into a house He goes into the bedroom and hides in the closet After he is hidden a sexy woman comes in She is wearing a little black dress and strappy heels She is talking on the phone Finishing her conversation, she relaxes on the bed She plays with herself sexually, exposing and rubbing her breasts and pussy She caresses herself to a climax Afterward, she falls asleep The man emerges from the closet He touches her body while she sleeps Preparing a chloroform pad, he clamps it over her face She struggles weakly, but is soon unconscious He plays with her body some more Then he uses her hand to stroke his cock He licks her pussy, then takes off his pants He jams his hard cock into her mouth, fellating himself After the sleepy blow job, he lifts her up He climbs onto the bed and arranges her on top of him He gives himself a sleepy cowgirl fuck with her body As he fucks her, he takes out a garrote He wraps it around her neck She wakes up choking She is still weak from the chloroform As he strangles her he forces her to give him another blowjob She gags and strangles as he murders her while his cock is sucked He finishes garroting her, and she goes totally limp She dies with a protruding tongue and death stare He fondles her, then gives her corpse a hard fuck He climaxes on her body Leaving her sprawled there, he departs Final views of her beautiful corpse on the bed. 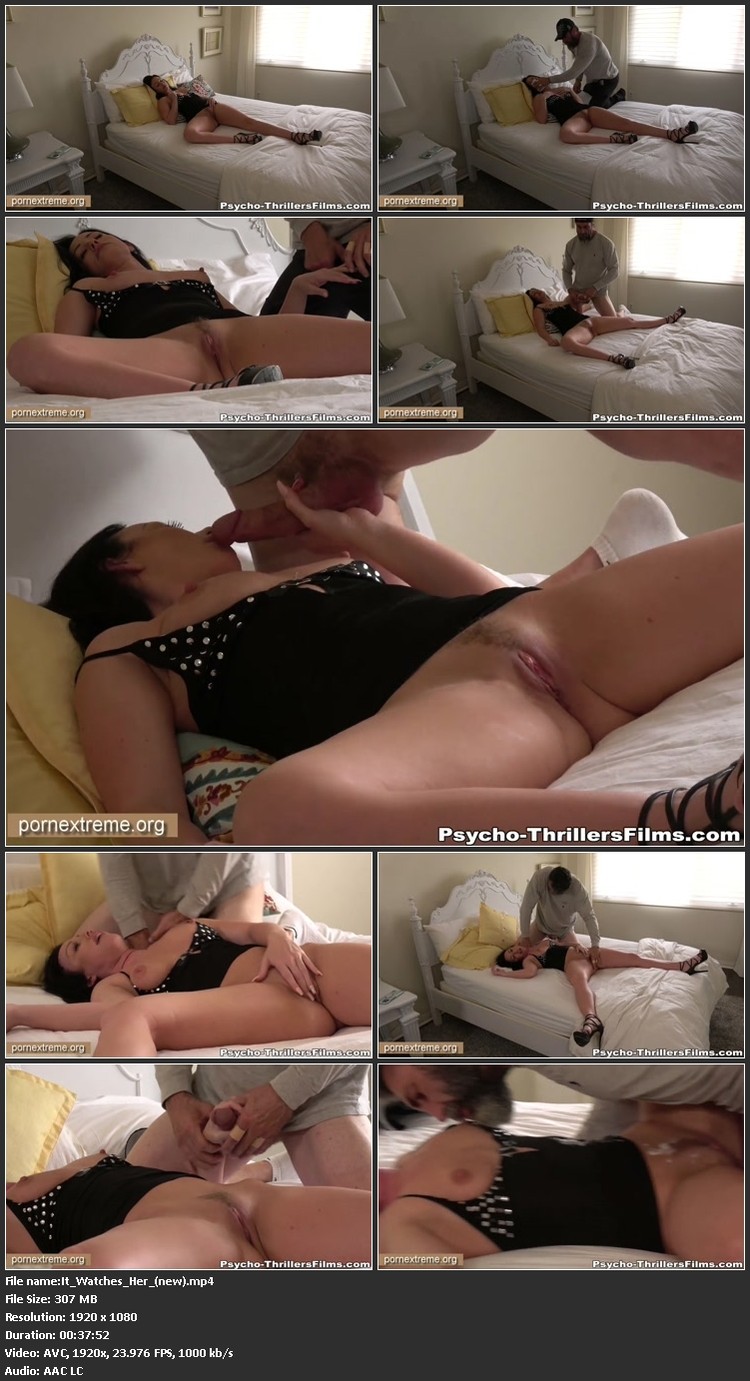