Two guys lure a pretty actress to a secluded home for what she thinks is a movie interview. Instead they drug her, assault her sexually and strangle her to death (last of 3 parts). 1 Girl, 2 Guys Continuing from Part 2 Two men have bound a Hollywood starlet in bed She has only lace panties and fishnet stockings They have been intensely sexually assaulting her Undoing her restraints they flip her over on her stomach She is re-bound in a face down spread-eagle position Spanking by hand, then whipped After whipping her she is unbound again Flipped to face up, she is forced to fuck and suck both men Hard fuck in multiple positions Hair pulling, rough handling She is pulled to her knees on the floor Kneeling with the men on both sides, she gives them fellatio Long session of double sucking Both men cum in her mouth She is hauled back up on the bed They bind her face down, wrists to ankles Ball gag is put in her mouth The men briefly leave the room She struggles and squirms They return, taunt her, and remove the ball gag One man takes a blue rope and wraps it around her neck He strangles her while the other man holds her feet The strangler releases her briefly, she gasps All of her restraints are removed She is exhausted, barely able to struggle The rope is whipped back around her neck This time the strangle is relentless She kicks and thrashes Her face turns red While she is strangled to death the second man fondles her She drools, tongue protrudes, she dies Ligature mark on her neck, half-lidded death stare They leave her body on the bed for a while Finally one man picks her up and carries her corpse out of the room. 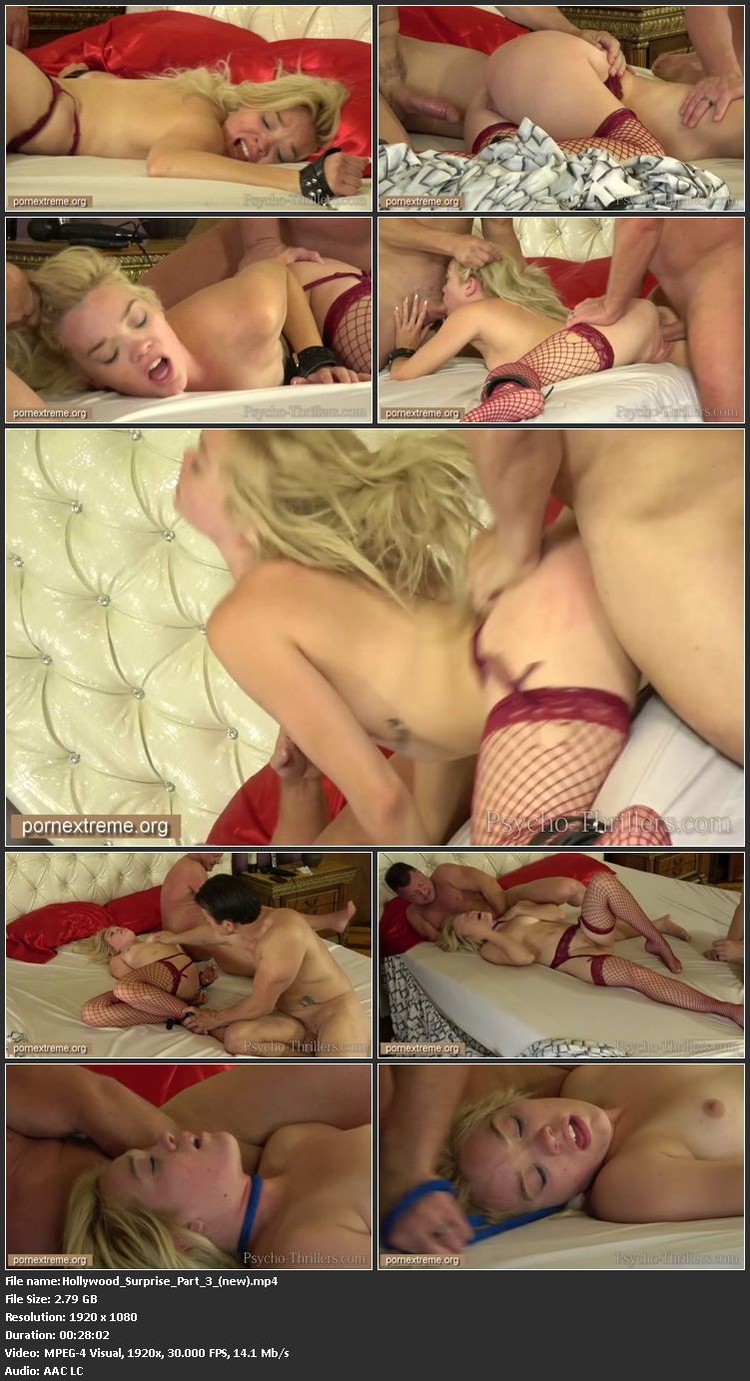