PKF The most popular extreme videos
May 15, 2021admin

In his quest to enact revenge upon the people who put his family in jail, he continues to track down those that may lead him to the jury members. Today, he visits a young secretary in hopes of learning the whereabouts of her boss. Micah was just a temp, barely a week on the job and loving it. She did not have to do much and that was how she liked it. Now, as she got ready for a night out with her girlfriend, the world was about to come crashing down around her. The man grabbed her from behind and started choking her. She know what to do from her classes and quickly pretended to pass out. When the man let go, she swung around, kicking at him. He fell backwards and she tried crawling over him to the door, pounding on him, going for his eyes. But, he tossed her off like she was paper. The struggling continued, but then he started hitting her, beating the pretty young woman. She managed to squirm away, ready to vomit, but she had to get out. He was on her, grabbing her by her thigh high covered legs and pulling her down as she tried for the door again. He grabbed her hair and started bashing her head into the floor. Then he picked her up and they fell onto the desk with a crash—equipment flew off, she kicked and struggled. Grabbing his nuts she squeezed and though she was free, but he was not going to give up. Not ever. He had her back down on the floor once again, punching her. This time, she was done, she had no more fight. He cuffed her, gagged her and dragged her out.

This was only the beginning… Far away in an abandoned corner of a remote warehouse he started his interrogation..phase i. He’d hope that was all he needed. Punching her, hitting and kicking her, she would talk. But she claimed to no nothing. He’d heard that before. He beat her until she bleed, then beat her some more. Still, with no results, he dragged her off for phase II. Forced to stand, cuffed, she still did not know why he was doing this. The questions were simple, yet she had no answers. The pain was intense, her head felt about to explode. But, he was not done with her. And the beating continued… After a time, he moved on to dumping water on the almost unconscious girl….then proceeded to meticulously remove her clothing. When finished, he took a cutting tool and made an impression on her right breast that she would never forget. And just when the pain stopped, he started on her with the rusty old hammer he found. After a while, he wandered if he even expected her to tell him anything. It did not matter..she would talk or she would not…the process continued. Phase III and the last phase he would use was the tazer. He liked the tazer. Up and down, all over he went, watching her twist and jiggle…panting, exhausted. When it was finally over, she had worked herself out of the binds with all her fidgeting and fell to the wet floor–unconscious…bruised and about to be used. There was no point in wasting a good hole, and she looked like she had a few he could use. He finger fucked her, then when she woke up he forced her to suck his cock, jamming it down her throat, making her gag. Then, he forced her to open her mouth wide and jack him. He tired of this and was ready to fuck her. And, he did…doggy first, the traditional. When he was done, he took a break. Raping and torture is a lot of work. Later, he had her hogtied and forced her to give him head again on a promise that he would let her go. Why they always fell for it, he surmised–they had no other hope but that one promise from him. He fucked her mouth until he filled her up full of cum. She spit it out while he readied his rope. As she was expected him to let her go, he looped it around her neck and pulled. She was so weak, but all of a sudden her energy cam back and she was trying to live. He watched her eyes as she begged with them while choking to death. It took a while, but slowly, slowly, she sand down into the mattress. Finally, when she was still, he removed the rope and posed her–stood back, and looked at the poor young woman he just murdered. He did not get the information he wanted. At this point, the rush was still so strong, he did not even care. He wanted if the path he was on somehow changed to something else. To what purpose was he killing these innocent girls: The Cop, The Reporter, The College Girl. Maybe, it became just for his personal purpose. To much to think about. He grabbed the mattress and dragged it and her on it off to dispose of. 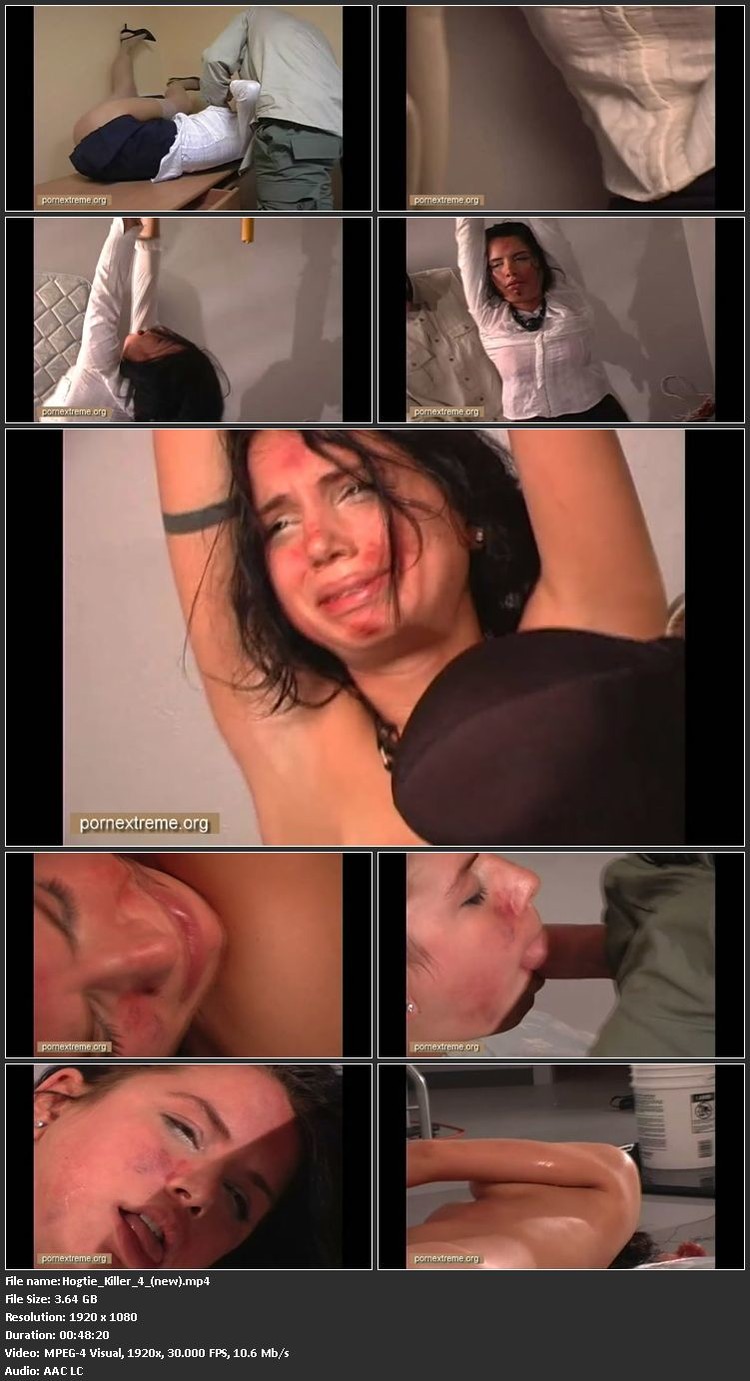