She figured out a way to get a more money and do less work. When her flirty boss inferred that she would net advancement at work for sex, she decided to go for it. Unfortunately, it did not go well and she ended up having to blackmail him. What’s done is done. Now she can sit around and get a paycheck. Or, so she thought. A man burst into her apartment, looking for the “so called” tape–a video of the encounter–she was using to as leverage. Only, she really did not make it. It was a bluff. Now, she had a gun in her mouth and she could see the errors in her thinking. Fuck. Too late. This goon meant business, and beat the shit out of her, cuffed her, and strangled her with a belt til she was nearly out. Then he takes her to the bedroom for some serious compelling. She was ready to talk of course. Ready to give up, just to live though this. The man did not care. He was in in for the pain and deviance. He put her though the paces. Periodically choking her. Twisting her nipples, pulling her hair. Cutting her clothing. Fingering her. Using a bottle on her. Tazering her. When he was done, she was a mess, and it was time to fuck her. He fucked her mouth for a bit the moved on to her. He pounded her in various positions until she curled up into a ball, savaged and exhausted. One more thing. A final blowjob to make him happy. And she did it, thinking he would let her go. Only, he had other plans as he lifted her up by the next and tossed her on the bed. Then he was on her, throttling her, watching her thrash, kick and spasm until she was a hollow dead shell. Still wanting more, he fucked her corpse until he unloaded inside her. Looking over her phone, there might be someone else still to kill. Who knows. He leaves. 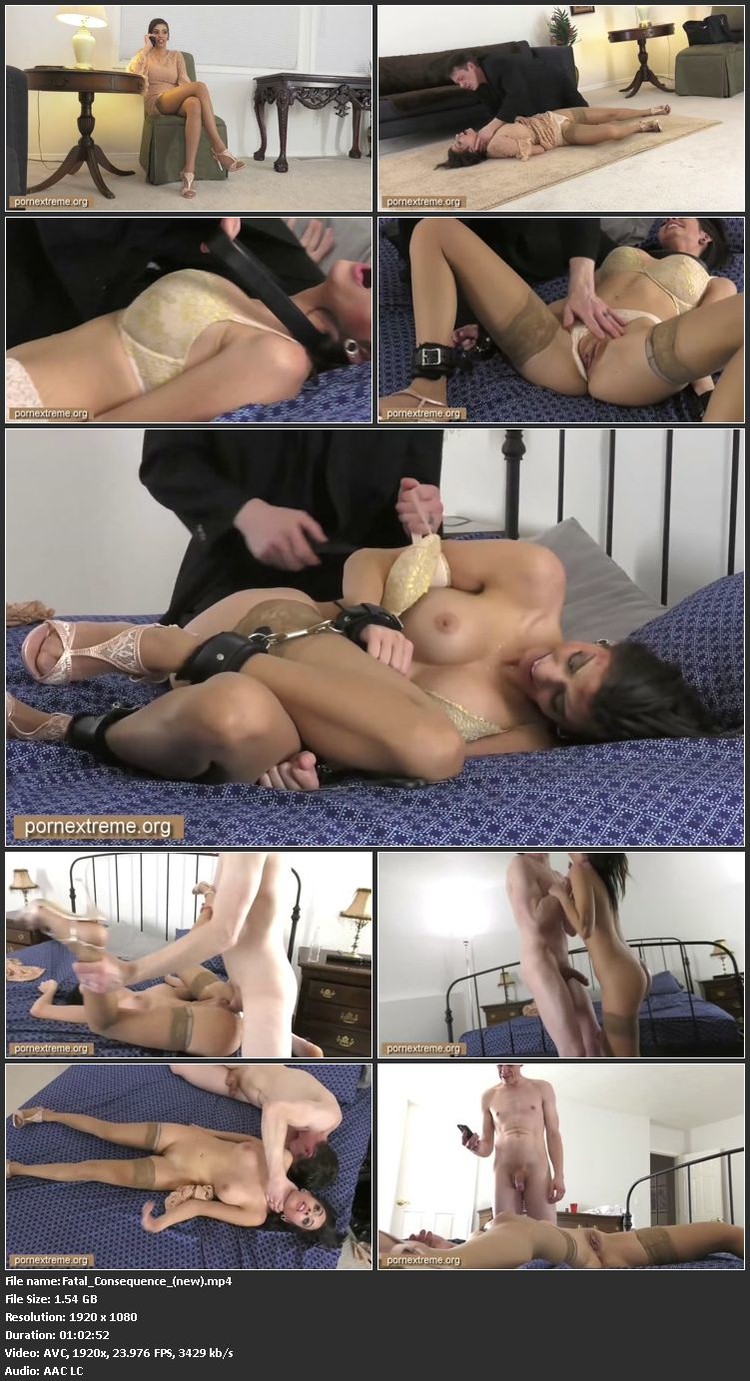