Ashley is going through her normal evening workout/yoga routine when she hears the doorbell ring, assuming it’s her close friend Dan, she shouts “come on in!”, MISTAKE! it’s a policeman! and he immediately demands that Ashley put her HANDS OVER HER HEAD! Ashley is BEWILDERED and asks what’s this all about, the policeman gets tired of her shouting and has her go against the wall and spread her arms and legs! Ashley says this is BULLSHIT but the policeman apparently is not listening, he HANDCUFFS Ashey’s hands together and then applies LEG CUFFS to her feet to keep her from squirming. Ashley demands to be released whereupon the policeman informs her that he found DRUGS in her house and is accusing her of selling drugs out of her home. He then tells her she has only ONE WAY OF OUT THIS. 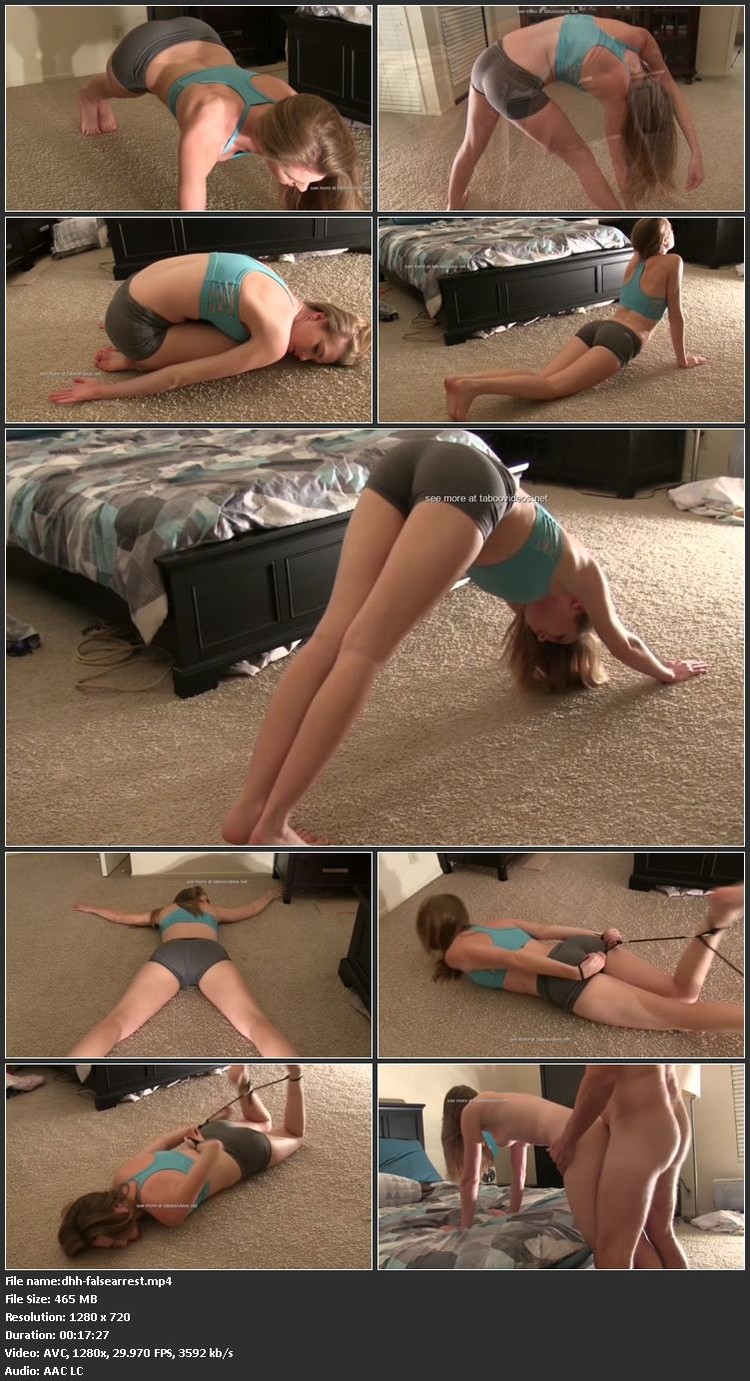