The police commissioner is hunting a serial killer. They hire a young policewoman to look for this one. He is very dangerous, so they send the policewoman as an undercover investigator. She’s dressed as a hooker to turn him on and provoke: Blue denim jacket, grey bang-free top, black shorts, skin-coloured tights and hot grey overknee suede boots with heel. She absolutely has to arrest him, then she is assured of the promotion. As a result, she takes her gun and handcuffs with her. She spots the serial killer in a dark bar. However, the madman sees the items in her bag. He waits for a fitting moment, then attacks her. He punches her in the abdomen several times, she groans in pain. She staggers, falls to the ground. She writhes, tries to get up, she doesn’t make it. He kicks her multiple times, she screams is helpless. Then he bends over her, takes a rope out of his pocket. She lies on the floor with her back. He puts the rope around her neck and pulls on. She fights back, fight, punches him and tramples with her feet. He pulls the rope more tightly. She moans loudly, barely gets air. He is brutal and cruel. She kicks him between the legs, he screams, she can break free, gets up and tries to flee. He follows her, grabs her and puts the rope around her neck from behind. Slowly he pulls her to the ground. A nagging battle begins. He pulls the rope ever tighter, she gets weaker, her movements slower. The last gasp of her, then she dies. Her body is still twitching. The serial killer gets up, puts a few notes on her lifeless body and leaves. 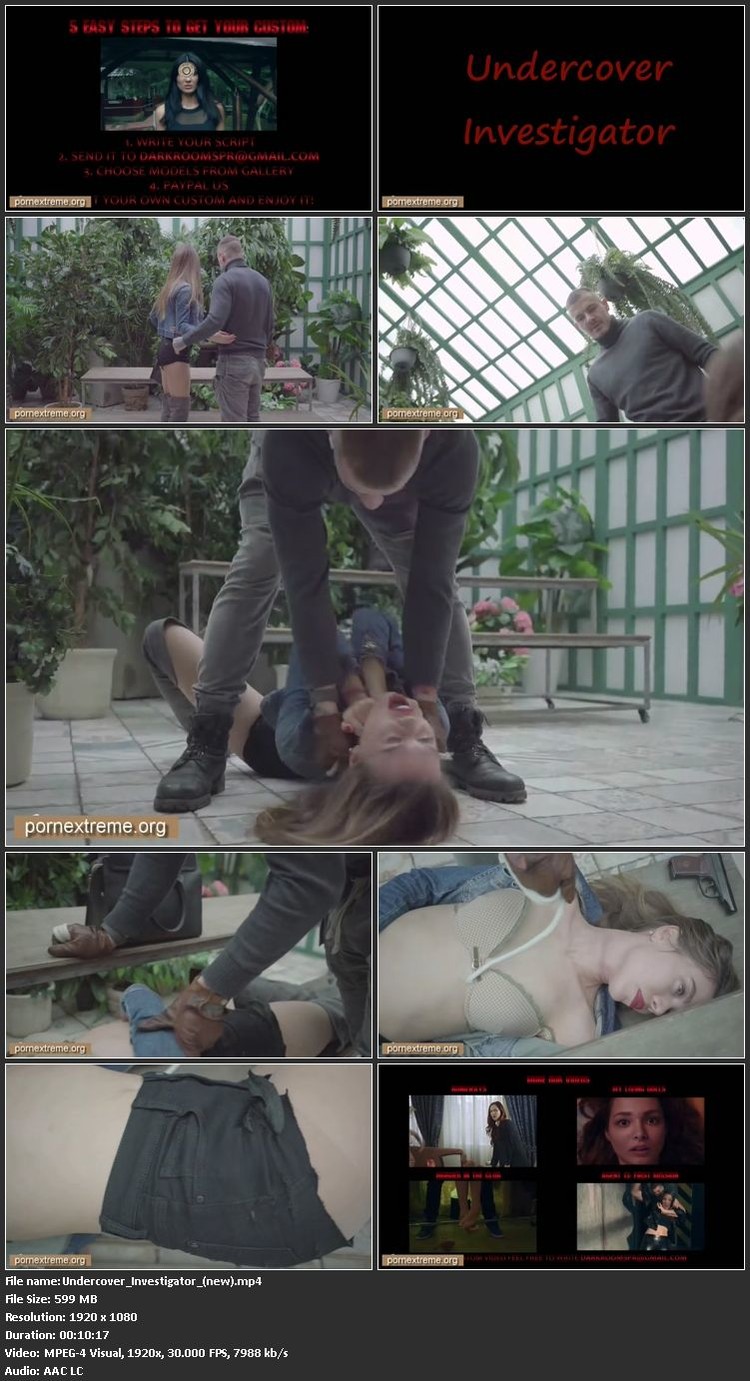