A famous model prepares herself for a sexy night with her boyfriend She is with her friend. She wears a sexy outfit and she puts her stockings but she realizes that one is missing… Suddenly the killer comes behind her and wrapps violently the stocking around her neck. They fall on the bed, the killer lying on his back and Polya lying on the killer trying to struggle for her life. Her eyes are crossed during the strangulation but finally she dies with eyes open. Her hands and head falls, her beautiful eyes are open. The killer dispose the body on the ground and makes a beautiful node around her throat and leaves the place. Some hours after the medium detective is called at the victim’s house. She is the another victim of a local strangler who attacks famous models ! He discovers the dead body on the ground covered with white sheets, she sees only one hand of the victim. She slides the sheets and shows the body gradually, revealing the face of the beautiful Polya first, lifeless. Her eyes are open (always eyes open, avoid blink if possible). She has a sexy dead pose and a beautiful death stare. She has one of her own stocking around the neck, her white blouse is open wide and her hair are disheveled and her face and lips are white (makeup). He examines the dead body and when he removes the stockings he discovers a red mark around her neck (makeup). She as been strangled to death ! When he touch her neck he has a vision of her murder. We can see the poor Polya struggling for her life and be strangled to death and fall heavily on the ground lifeless. He examines her neck and play with her face, move it from left to right, and plays with her hands/fingers. She takes some pictures of the crime scene and the body, face, hands, strangle mark. And take her fingerprints. (Pictures appears when he takes them). He removes her clothes one by one until she wears only her sexy lingerie. He carries and dispose the dead body on ta body bag. At the end he leaves the crime scene 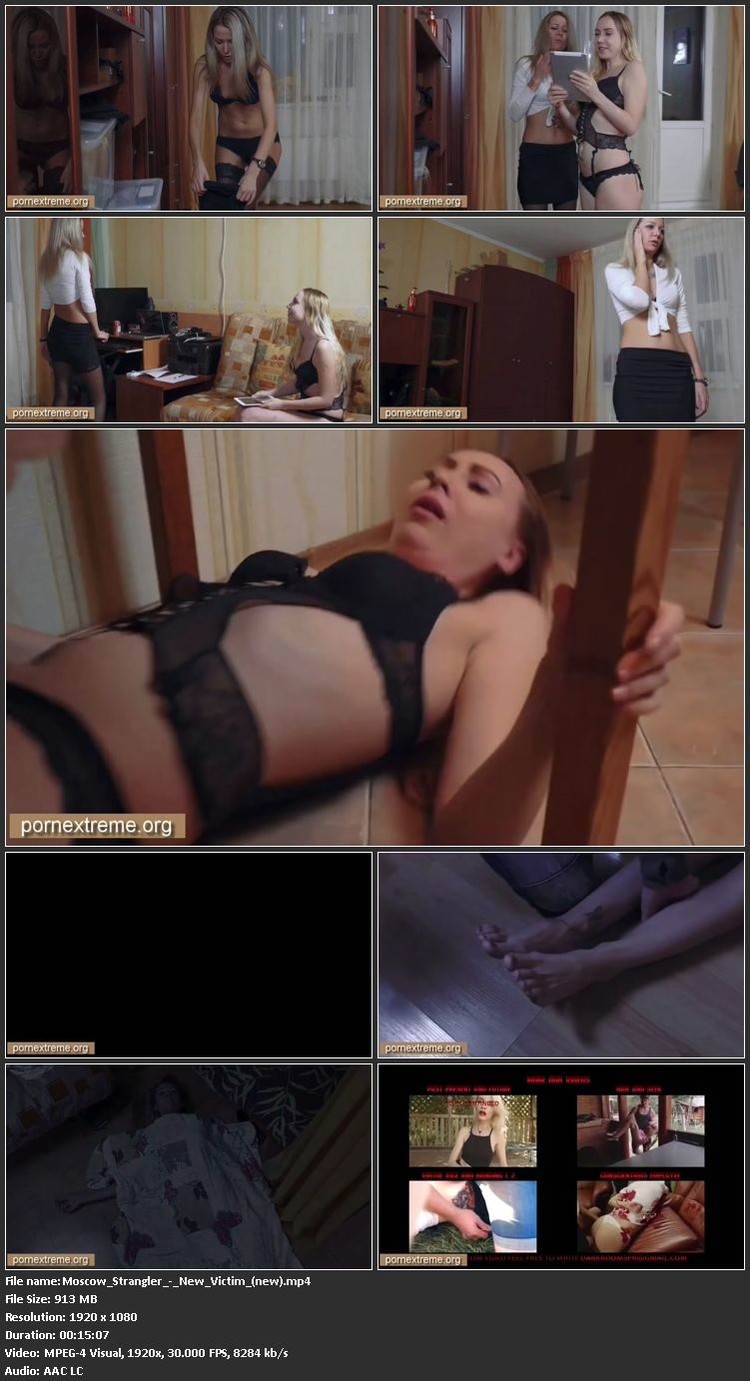