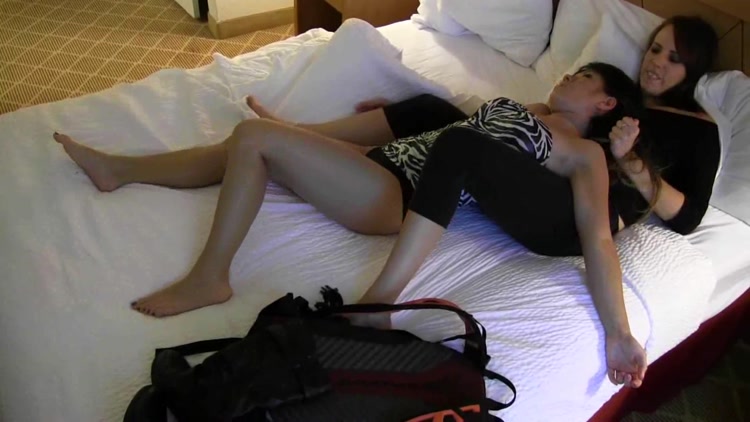 Description: A lovely spy comes to her hotel room after doing a job for her agency, she comes in, lays down to rest, taking her shoes off, rubbing her tired feet and falling asleep. She is startled when she hears a noise but figures it’s in the next room. Another spy from her agency is sneaking up to her while she sleeps, trying to take her out the easy way, but the Spy wakes up. She realizes it is her colleague, and friend so she relaxes and they lay together in the bed, Alisha rubs on Nikko’s boobs and butt whilst they relax, and talk about agent Rex and his issues. Nikko has no idea that Alisha is there to take her out so she can be with Double Agent Rex. After some smooth words and a few smiles Alisha is rubbing Nikko’s shoulders to relax but she reaches into her pocket and brings a stocking that she wraps quickly around Nikko’s neck. She strangles her hard and Nikko fights back even harder, trying to escape the clutches of a better spy. She strangles her(long hard strangle) to death on the bed, not knowing that Agent Rex is watching from the same place she was watching Nikko. She finishes the strangle and starts to fondle Nikko’s sexy body, revealing her perfect tits, and sexy soles. As Alisha starts to undress Rex surprises her. “Look what I did for us”, she exclaims and Rex looks like he appreciates what she has done, which was part of his plan and it is going even better because now he has someone to take the fall, Rogue agent goes bad. He comes behind her thanking her as he caresses her neck, she really feels his trust, and has no idea he grabbed the stocking when they were talking and kissing. He wraps it around her neck fast, she is on her knees upright and he pulls hard. She fights hard and her long, sexy body moves all over the place, swaying, jerking, and grasping at the stocking which digs into her neck. After a long bout she is getting closer to death, twitching and swaying, not able to reach up to the garrote. As she passes and goes limp, he lets her go face first into the bed. He immediately gets the idea to fuck them both while they are still warm. The cold ass bitch agent Nikko he will save for last, since she would never give up the pussy because she wanted to be professional. Alisha and Rex had fucked a few times on certain stakeouts but he loves her feet, long legs, and sexy face. He fucks them both good, hard, and fast until he finishes. He positions them both on the bed, hands held together and feet exposed so they know who has done this deed for the Agency. He phones in the job is done and heads for a beverage. The two hot agents are viewed and panned in their lovely death stares. 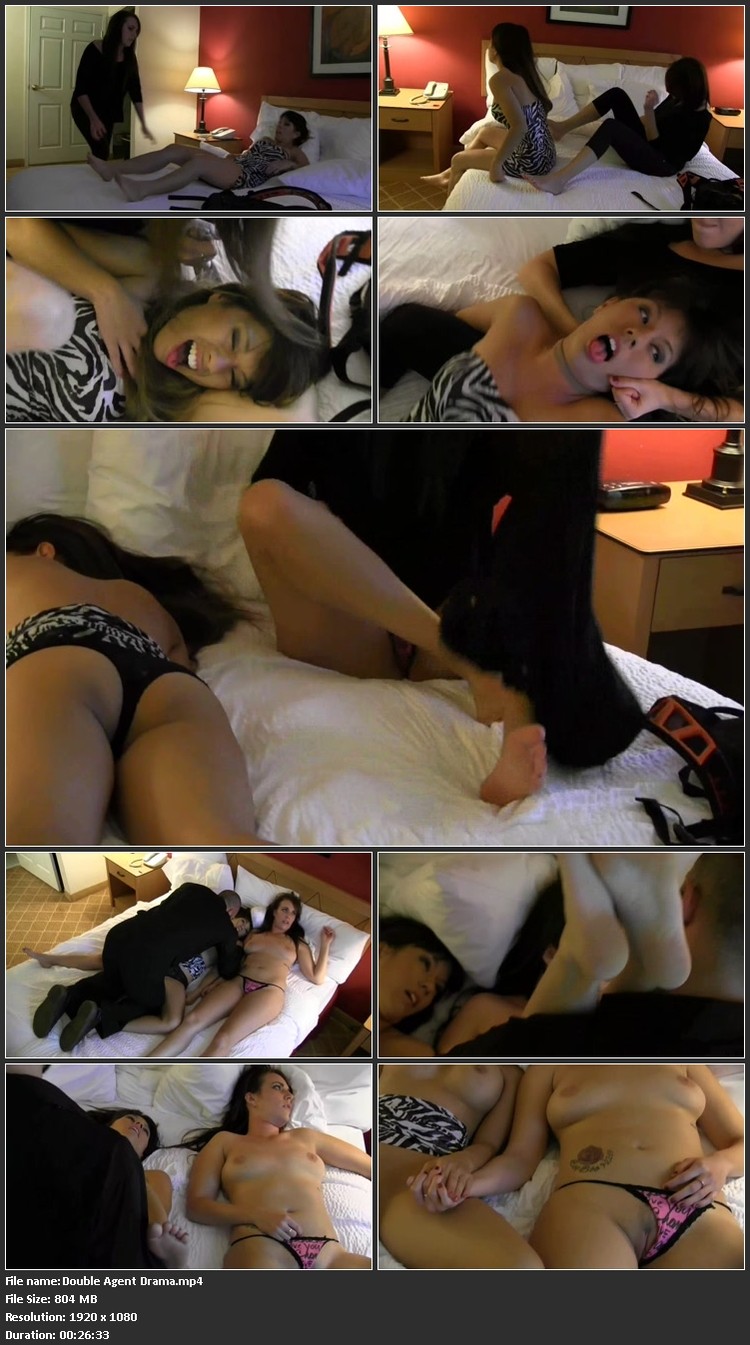