4 long scenarios, each going down a different way, ending in chaos, and death. Last scenario is a full on 3 way shootout of epic proportions that could be a stand alone film, but we decided to add it to this gun fun for the fans, to show we know how to satisfy, and count multiple shots(This has full sound f/x for the shots, muzzle flash, and hits, just no blood or wounds. 3 sexy agents, all dressed in thigh highs, boots/heels, satin panties, and packing two pistols each vie for the intelligence, or loot that is missing i.e.: flash drives, micro-film, and even diamonds, after their boss is killed.The sneaking up on, and surprise element is also a focus. Not having a solid leader in their faction of the Agency leads them astray, and they are every woman for herself. Much smack talking and cursing back and forth, with one girl being sneaked up on and knocked down, shot, and molested before the 3rd agent comes in to dispose of the rogue killer, and the victim, to get what she wants and become supreme leader. All 3 agents do such a great job with a pistol whip take down, a close up shot to the tits, and two pussy shots, close up(through the panties) with ultimate reactions from these 3 wonderful actresses in every scene. Well worth it for this awesome movie with all the trimmings. 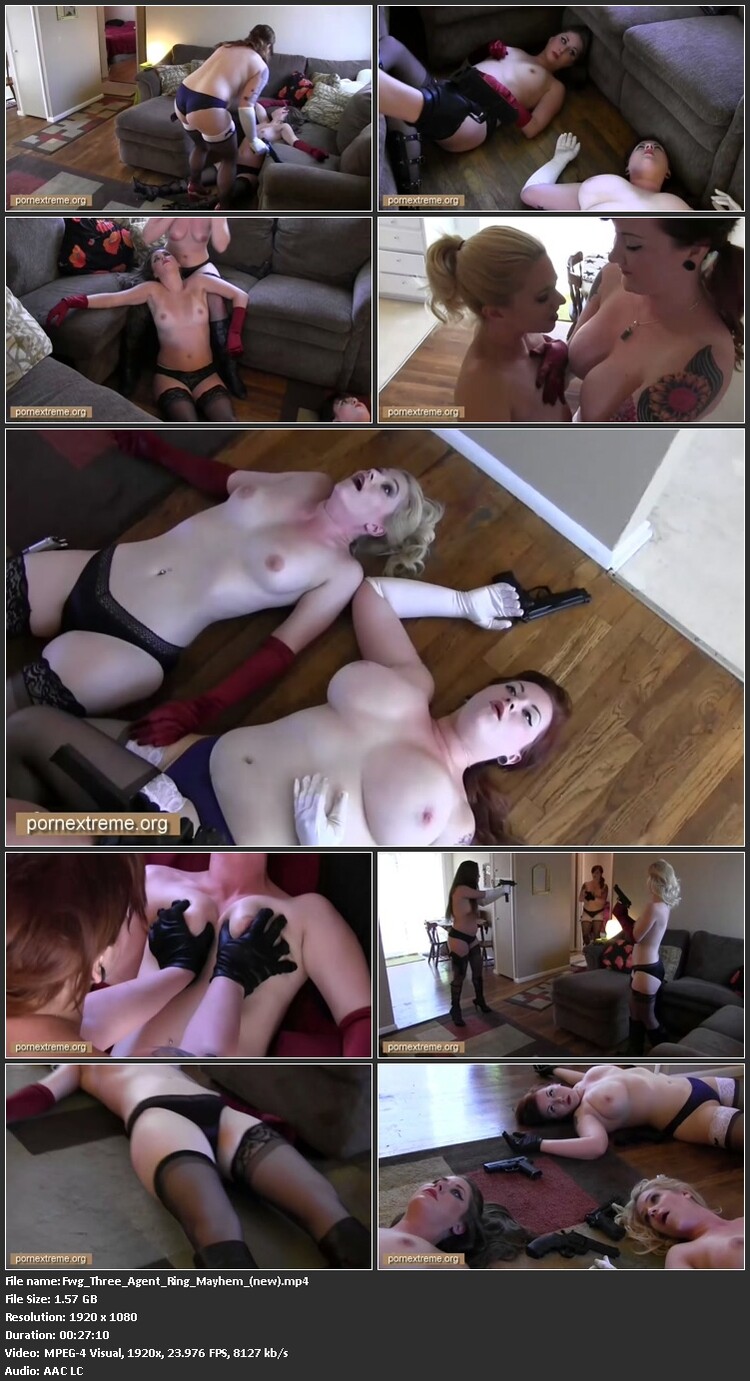