Another guard to take down and this one is a tall, beautiful beast! She is checking the South wing of the girl’s hideout, and like some of the others, she fails to really clear a room, this time the bathroom. As she turns to head to the dining room, the Sentry is behind her, pistol whipping her in the head, knocking her out cold, and her body flying face first over the arm of the couch causing a lever effect. Belle immediately goes to work on this black gloved, black G-String, and black booted, tall drink of lovely water. She caresses, kisses, plays with her lips, her nipples, fondling and kissing her earlobes and neck, to where the guard starts to slowly respond. She gets her stretched over the arm of the chair face up and grabs her arms, keeping them above her head, and slumped over the couch arm. Belle is in heaven as she tastes the fruits of her labor. She kisses and caresses her stretched belly, working her way up, for a long time, kissing her lips, breasts, fondling and caressing.

After a while the guard starts to try and fondle her, which she lets for a second or two, but always in control of the guard, until there is too much response. Then, she decides to get her upright, sit behind her and kiss her neck for a while, then she gets her in a locking grip and breaks her neck. Her neck cracks fast and hard, then the Sentry drops the head, and it rolls, then flops bac on the arm of the couch, her eyes are barely open from the trauma, only exposing the whites until Belle moves her and her eyes close. belle moves to check her posterior, and her G-String again so she does just that massaging the ass, lifting her head by her long pony tail, then dropping it to let it fall. She turns her over, sits her up, clears the hair and opens her eyes so she can see the next one coming..She lets her body and head back to show the other guards, they better step up their game!! The sentry grabs the guns and heads back to headquarters to regroup for her next mission! The beautiful dead corpse is displayed and viewed! I cannot say enough how incredible this young woman Paige Turner is(Belle always is!!)! If you are a producer, or a fan, book her, buy her clips, she is very good! 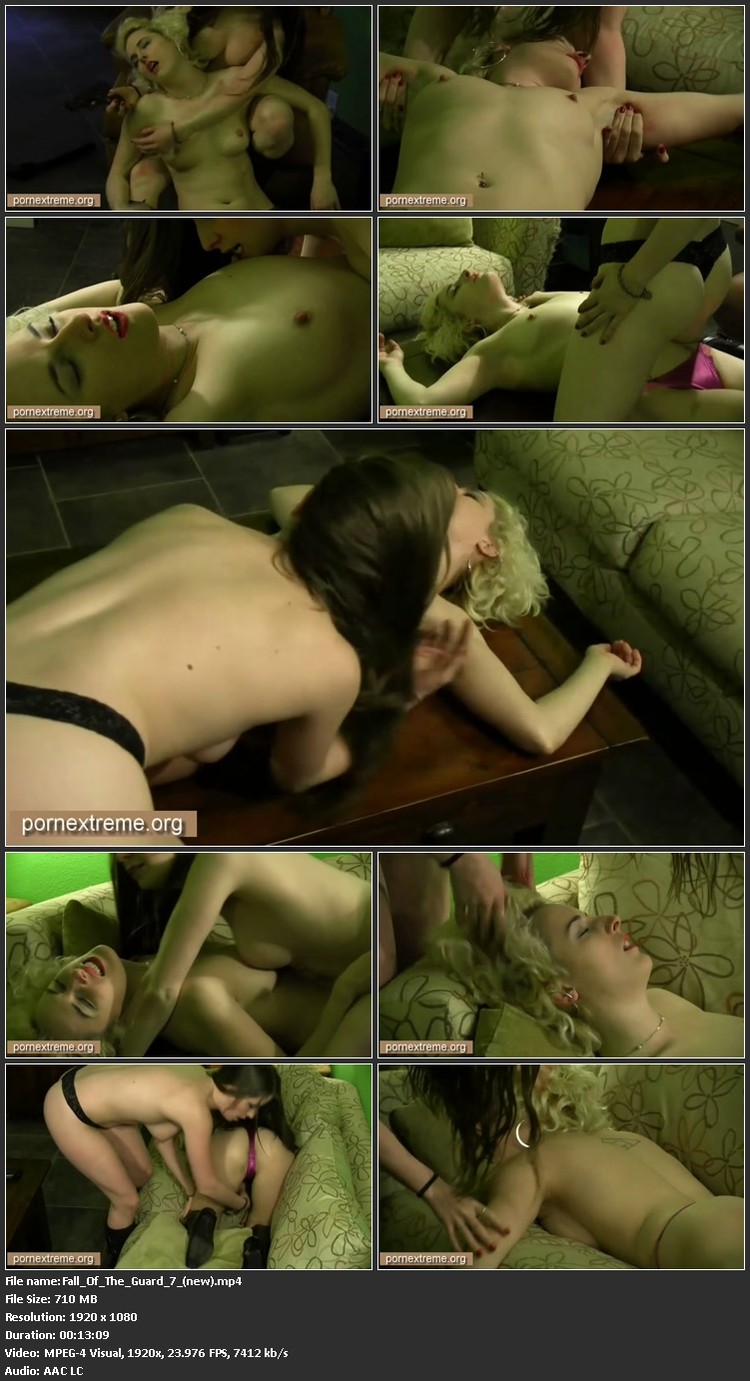