A hot young woman is on a long road trip to visit a boy. She just bought a used car for cheap she could trash on her journey. She takes a long windy cut off road towards the valley, but her car dies on breakdown ridge and she is stuck. She looks under the hood to see what is wrong but has no clue, and no service on her phone. After a couple minutes a man walks down the road towards her. She asks him for help and he is very courteous and soft spoken. He tries to start the car but it won’t go so he tells her he will hike back to his place and get his truck to tow her to a fix. He tells her to sit on the car and wait for him to return because she is in high heels and a short skirt. She is so happy that he is doing her a favor, she is also blown away by the trees and the beautiful scenery so when he points out his favorite tree and she stares off at it in the distance, he surprises her with a clear plastic bag quickly over her head and cutting off her air. She goes into a completely crazy, frenzy to get free, but he is so strong and has done this before. She bucks and kicks on the hood of the car, causing dents in the hood as she bounces up and down, her legs spreading wide and kicking, then rolling on the hood so her ass is totally visible, and her panties show.

She fights him hard all over the hood of the car, her high heels clacking on the gravel road as she fights for anything, but gets nothing, no air to breathe. She rolls all over fighting hard but to no avail, he finishes her off and takes a bit extra just in case. His goal is to get her while she is still warm and wet so he flops her around like a ragdoll on the hood after he removes the bag from her face. He strips her down, removing her tight sweater and sexy panties and bra so he can have his way with her before he leaves her on Breakdown ridge to be found. After he gets her nude he plays with her body limp playing with her ragdolling her on the hood of the car. He sucks her pussy and tits to get hard then whips out his cock and plunges straight into her wet pussy. He fucks her corpse slowly, then rapidly until he cums inside of her. After getting all of it out, he pulls his wet dick out and puts it back in his pants, then uses his shirt to wipe off the cum from her pussy. He rag dolls her on the hood of the car more, then starts to re dress her to set up the scene. He sloppily gets her dressed enough to make due, then carries her back to the car and sits her up in the seat. He puts one of her hands into her panties, and one on her breast, then puts the bag back on her head to make it look like she did herself in AutoErotic style. He gives one last bit of wisdom then heads back up the road to his cabin. Her body and bagged face are viewed and panned from many angles. The death stare through the bag. Wow! 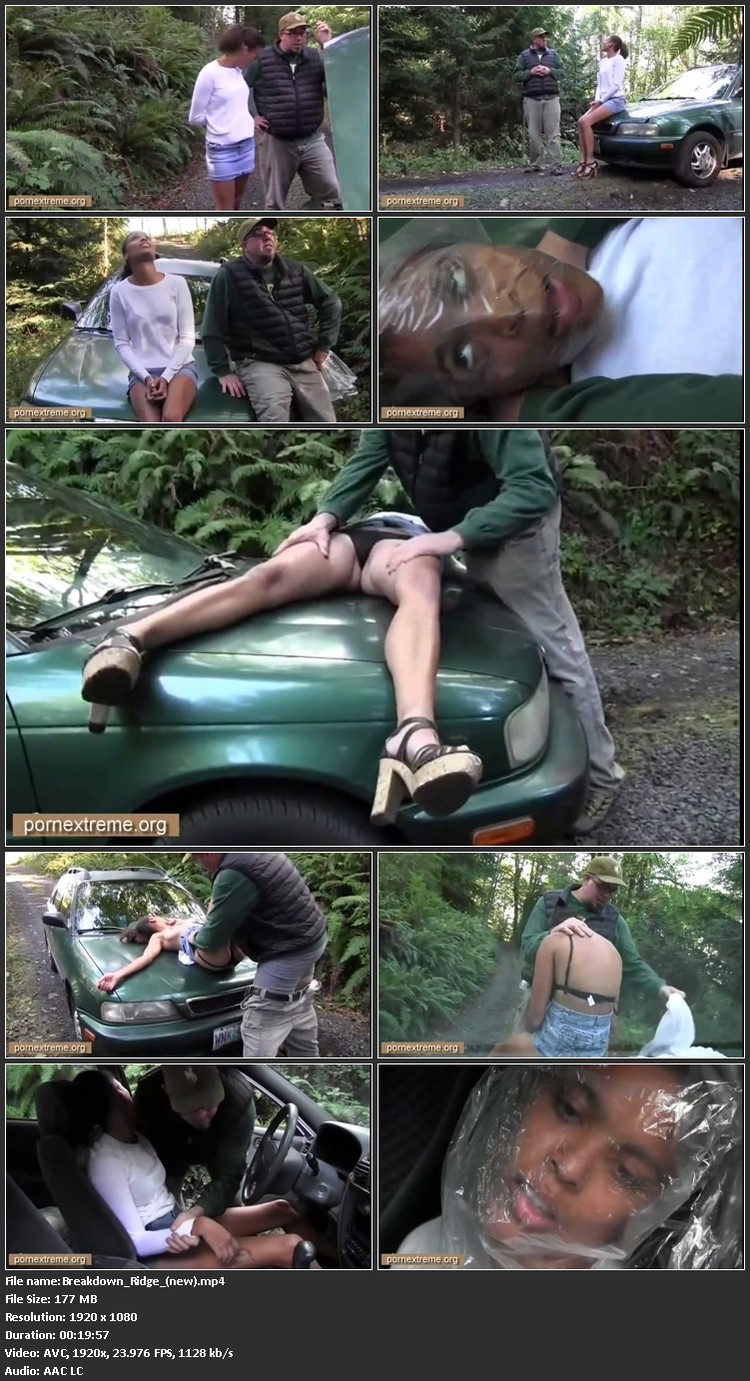