PKF The most popular extreme videos
May 19, 2021admin

This is Part 1 of a 2-part BRUTAL RAPE and ONSLAUGHT on a young, innocent Teenage cheerleader. Both parts combined are nearly 1hour 30min. Trisha. Parks performance is one of the BEST I have seen to date. They were vile, horrible men and they found their next target. A 19yo cheerleader. After watching the spy footage they took earlier, the plan was confirmed. They would come for her this afternoon, right before she left for practice. They were waiting for her as she walked into her kitchen. Once they got her downstairs, the onslaught began. First, they made sure she was threatened enough to comply. But she was mad, scared…no, absolutely terrified. And they lived for that. The assault started on the couch, rubbing her young body, feeling her everywhere. They ripped into some of her outfit. Then on the floor, where they could lay her out and get a good look. Fingering of her young, tight pussy, then licking. Back and forth the men played with their pretty toy. Soon, they were stuffing her mouth hole with their cocks. The tried to keep them out, but choking her forced her mouth right open. Back and forth, fucking her mouth-gagging her. Now, they were fucking her—taking turns fucking her young pussy, this wholesome cheerleader, once the captain of her high school cheerleading squad, and now, after graduation, their coach and mentor. They would destroy her. They fucked her pussy and mouth and when they were warmed up, it was time to take her to the bedroom. 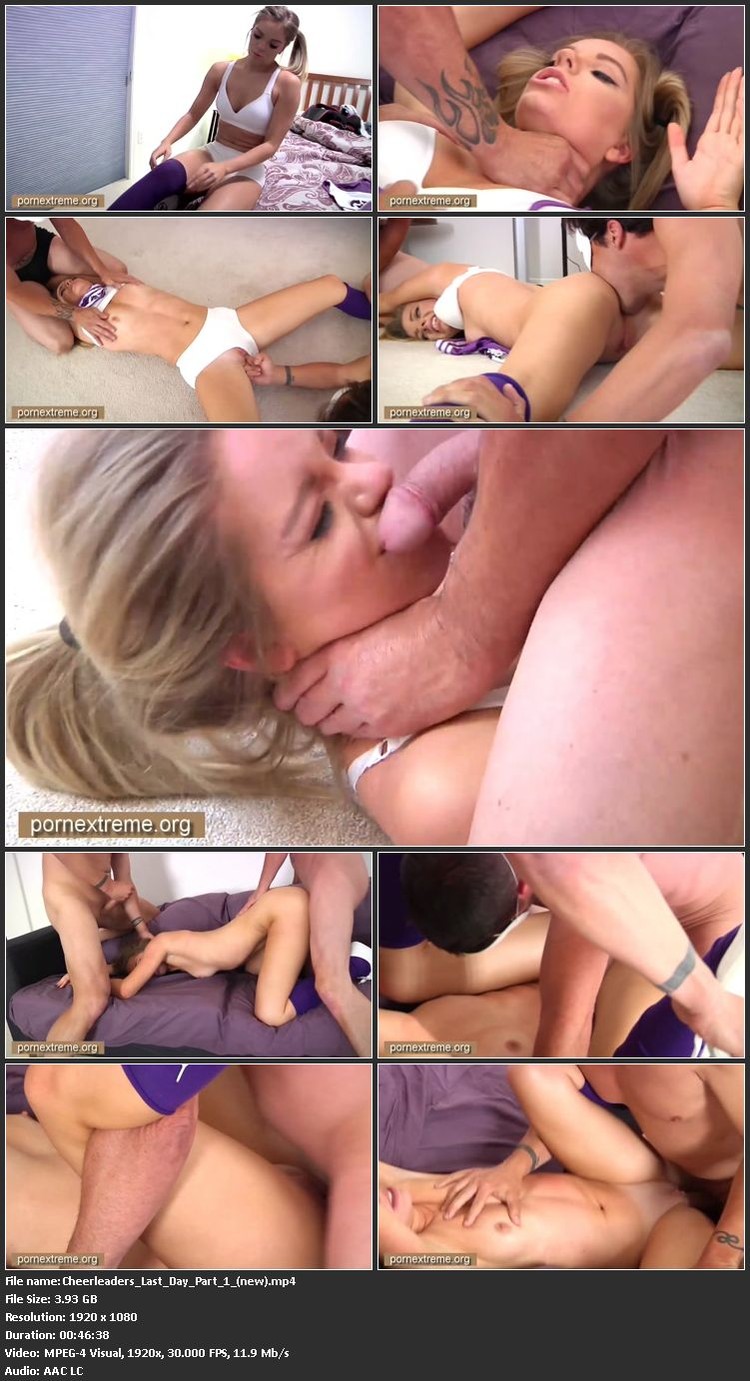