Somewhere in a business park, two young women are working late for their employer. In the break room, they talk about news of the day and their jobs. A security guard enters, shotgun in hand. They are unsure what to make of him, but quickly learn he meant them harm. Under the guise of after hours inspections, he forces them up against the wall. There, he frisks them heavily, making sure he crosses any boundaries they might have had. Though he had a shotgun, one of the poor, young woman could not stand for the abuse and tried to defend her co-worker. But, without a though, he pump, raised his gun and shot a load of buckshot in her belly. She was slammed back against the wall, sliding down, spitting up dark guttural blood. She looked up in shock. He dragged the other girl over to her, then placed the shotgun against the wounded girls head. Both pleaded–one not to shoot her friend, the other, closing her eyes, preying and hoping. But, he shot her in the side of the head and she fell to the ground, motionless, bloody, eyes partially open and tongue slightly out–dead.

The other girl was in shock, emotional, crying for her friend, but she did not have time to dwell, because he grabbed her, through her over the table, pulled down her panties and with a shotgun to her neck, he raped her in front of her dead co-worker. Then he tossed her roughly to the ground next to her dead friend and was back on top of her, pulling her panties the rest of the way off and exposing her big tits. He raped her some more while holding the shotgun to her neck and chest. She was moving just too much, so he let the tip of the shotgun find it’s way into her mouth and pulled the trigger. In a spash of mouth blood, she was dead. As the pool of blood formed behind her head, he fucked her. He fucked her warm corpse until he was done and came inside her. He got up and rolled the other girls body to get a better look at it. She was hot. He did not have anymore energy to fuck her too and figured someone much have heard all the noise. He ripped open her top, then got up and left—leaving the two young dead women in a pool of blood and carnage. 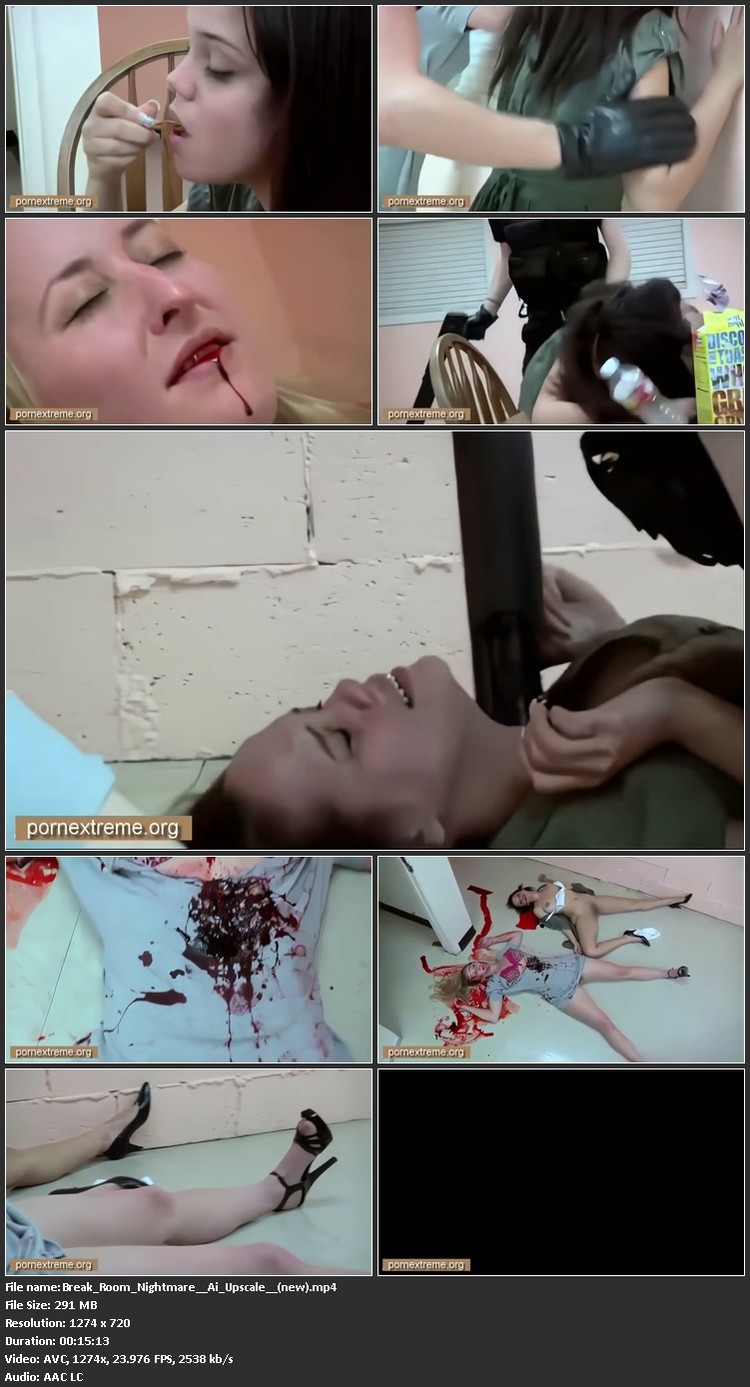