PKF The most popular extreme videos
May 13, 2021admin

As the scene opens, we see the brutal murder of a beautiful, young woman. Behind her, a masked man pulls tight the cord he has wrapped around her neck, her hands desperately clawing at it, trying to do anything that would provide her one more breath of precious air. She struggles, but it is no use. The man is too strong and she has no leverage. Her frantic efforts soon begin to weaken and her limbs finally go limp, the light in her eyes fading to a dull glaze. Swiftly, he strips the dead girl’s body, unzipping his fly and climbing between her legs to pleasure himself in her still warm pussy. As he is enjoying the sensation of invading her cunt, her flaccid form offering no resistance to his lustful thrusts, he hears someone at the door. Stealthily, he grabs the beautiful corpse and hides both it and himself in the closet.

Another gorgeous woman enters. Once inside, she calls to her roommate, but receives no reply. Unaware that her friend’s body is slowly becoming stiff and cold mere feet away from her, she makes a phone call and chats away, while the masked intruder bides his time. Silently creeping up behind her, he waits until she is off the phone, before looping another piece of cord around her neck and pulling it tight, cutting off her airway. She flails wildly, terror giving strength to her struggles, and the man is forced to pull tighter, the muscles of his arms taut and corded. Alas, her melee was just as futile as her roommate’s and she soon lies dead. More assured of his privacy, the man takes his time with his new plaything, smelling her hair, caressing her curves through her clothing in an almost loving way. Then he undresses her.

The tight sweater and beige bra are tossed aside. The sexy striped panties he removes as if unwrapping a present. Only the sheer, black thigh highs stay on, accentuating her long and shapely legs. Nuzzling her breasts and sticking his face between her legs to lap at her juicy pussy, it’s not long before the man gets hard. Parting her full, red lips, he sinks his cock into her defenseless mouth, savoring the warm wetness of it stretching around his sensitive manhood. It’s time for the main event and he climbs on top of his victim’s dead body, buying himself to the hilt inside her snatch, her flesh yielding to his forceful thrusts. After pumping his cock in and out of the limp girl, he reaches his climax and withdraws to spurt his goo all over her soft belly. His lust now spent, he redresses the dead woman’s body, leaving it on the bed and dragging the first victim out of the closet. One can never have too many toys. 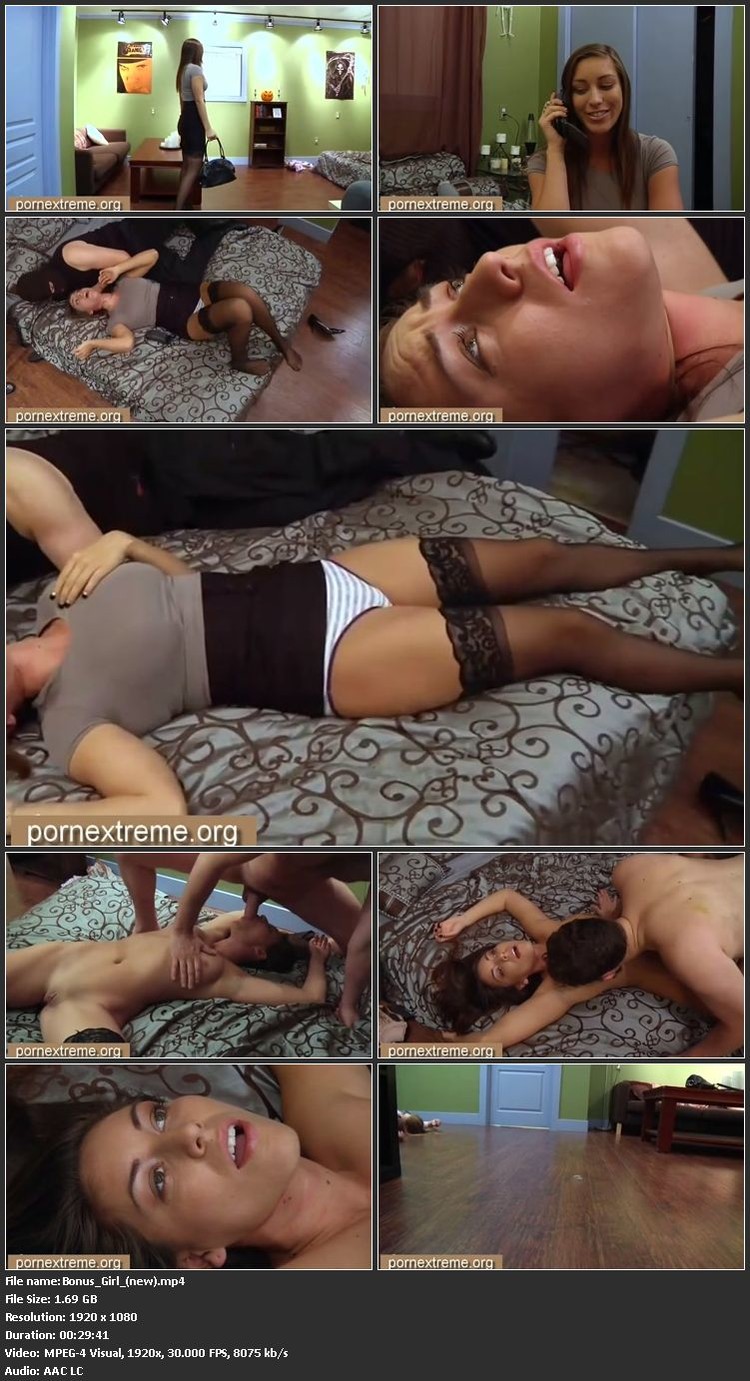