He opened his trunk and there she was. So beautiful. Freshly dead. He did not know how she got thier. He did not know who she was. He set his golf clubs down and did what any of us would have. He lifted her up and took her into his bedroom and flopped her on his bed. Then, he spend some precious time with her. He savored every moment. Slowly turning her, revealing various parts of her. He spent a long time kissing her, then finished stripping her slowly. He moved her around a lot, watching how limp she was. Eventually, he flipped her over, stuffed some pillows under her to raise her up, then he fucked her. Soft at first, then harder and harder, eventually pulling her head up by her hair, slamming his cock into her, then cumming deep inside. He was spent, but not done with her yet. He continued to play with her. He flopped her this way and that, touched her, played with her pussy. Eventually, he draped her off the end of the bed and left her their He would decide what to do with her later. 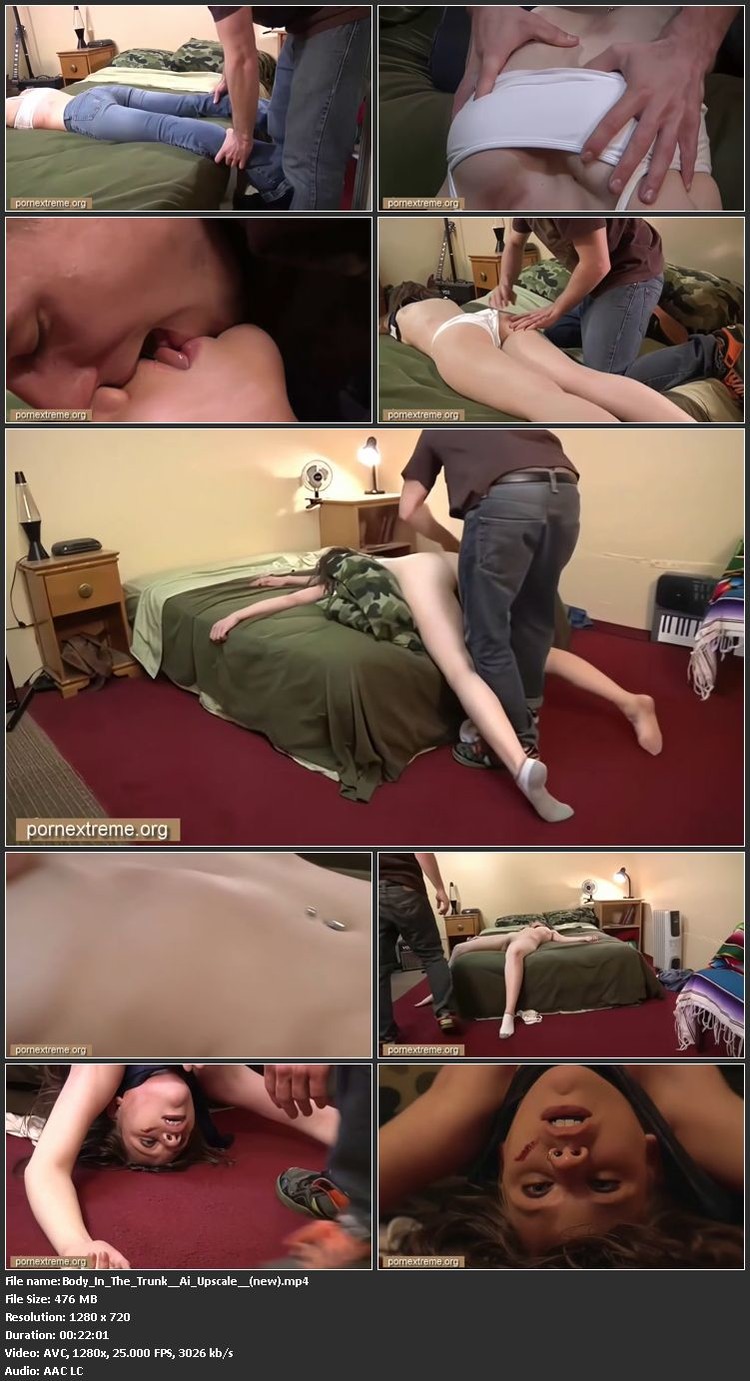