The most popular extreme videos VelvetsFantasies
May 13, 2021admin

Based off a custom script! We fade in on Gotham’s very own Batgirl (Caroline Pierce) as she makes her way through what she believes to be Catwoman’s lair. She carefully traverses the backyard, only to hear a meowing sound from a nearby cat statue. She investigates and gets a face-full of sleeping gas for her troubles! Batgirl comes to groggily, making her way to the back door. She grabs the handle only to get electrocuted into unconsciousness. Turns out Catwoman’s been working with the Joker as of late, so booby traps are definitely on the menu. A stunned Batgirl comes to and carefully makes her way into the house. She avoids a second cat statue but finds a REAL cat. It’s too adorable not to pick up, which leads to the kitty attacking the Caped Crusader, sinking its fangs into her neck and delivering a knockout chemical into her bloodstream. Batgirl is knocked out yet again!!! She comes to and sees ANOTHER cat (the devious and beautiful “Catniss”, making her Velvets’ debut) laying next to her. She inspects and watches in horror as a small tranq dart is ejected from underneath the cat’s fur and hits her in the neck! Batgirl drops like a stone and wakes up a few minutes later. There’s a box on the table marked “HAPPY BIRTHDAY, BATGIRL” that she approaches with childlike wonder. The boxing glove that ejects when she opens her “gift” hits her squarely in the jaw, sending her down for an even LONGER nap!!!

Just before you think things can’t get any WORSE for our heroine, THE Catwoman steps in and has some fun with her slowly-recovering prey. She uses THREE steel bats of different sizes to knock Batgirl out, stopping only when she’s satisfied that she’s used the one that’s “just right”. She then allows Batgirl to escape, only to take her down with her own Batarang! Cackling, Catwoman makes her way to one of her furry minions and asks her to tie Batgirl up! We fade in on the bound Batgirl as she wakes up. Catwoman reveals that the Joker paid her a LOT of money to capture and deliver her to him. A terrified Batgirl is zapped unconscious by Catwoman’s kitty-gun, with her enemy’s goon (SK) stepping in at the very end for a final over the shoulder carry out of the room! What will become of our hero??? 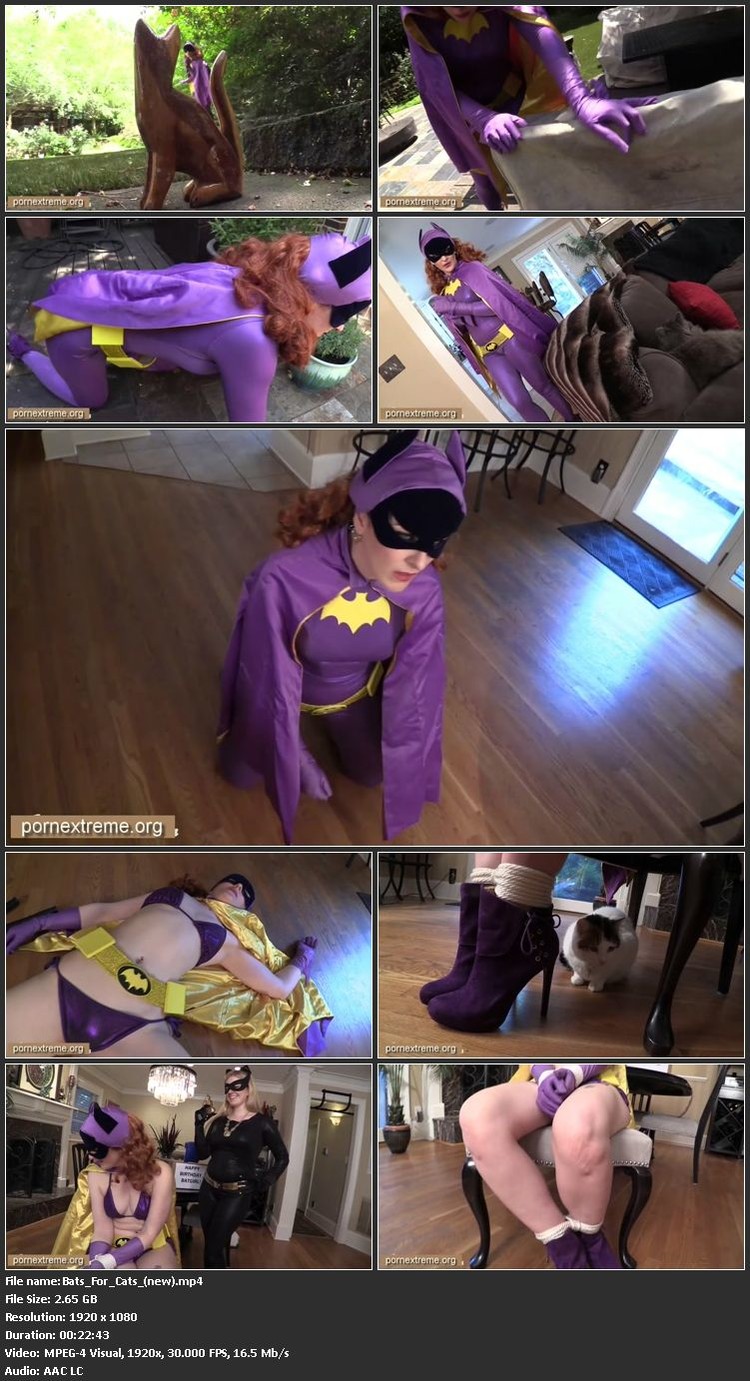