Anthony plays a man with a terminal cancer condition who has only a few months to live. At the advice of his doctor, who he strangled to death, he decides to fulfill all the wild and crazy desires. After killing his doctor he tries to flee the hospital without being detected and ends up in a remote medical storage room at the south end of the hospital. If he can escape here no one would see him and itn would afford him more time to kill. To his luck he spots a nurse using the remote area as her own getaway to have a smoke and talk on the phone. Anthony decides her life has been given to him as a gift. He attacks her as soon as she finishes chatting by hand strangling her into unconsciousness. He drags her into the storage room he was hiding within then fondles her and has fun. He leaves her pantyhose on but tears them away from her feet and her sexual areas. He worships her bare feet then licks and sucks on her pussy for long periods of time. He worships her breasts and the nurse begins to groan. Never in her real life has a man taken so much time to give her so much oral attention. Her body felt special until she wakes up and realizes the nightmare she’s trapped in. She tries to escape but the door is locked. She fights with him to try and free herself but one manly punch knocks her silly. He positions himself behind her and strangles her with a IV tube he saw hanging out of one of the boxes. His victim put up an intense fight for her life and nearly escaped his grasp but he reapplies the tubing until it is too tight for her to breathe. Her fighting becomes more intense as she realizes his actions will prove fatal. He hears snoring and gurgling sounds coming out of her nostrils and throat and knows her time is at an end. He pulls the tubing tighter. This girl is strong and it takes over 9 minutes to silence her and put her down. His cock was hard from her soft hands finding it and stroking it as she died and he sticks it right into he pussy and fucks her deep as she twitches her cunt on his cock. He comes inside her then sits her up and slowly snaps her neck to make sure she’s dead. He drags her off into a corner where he poses her and watches her body release a stream of its urine as he stands over her. 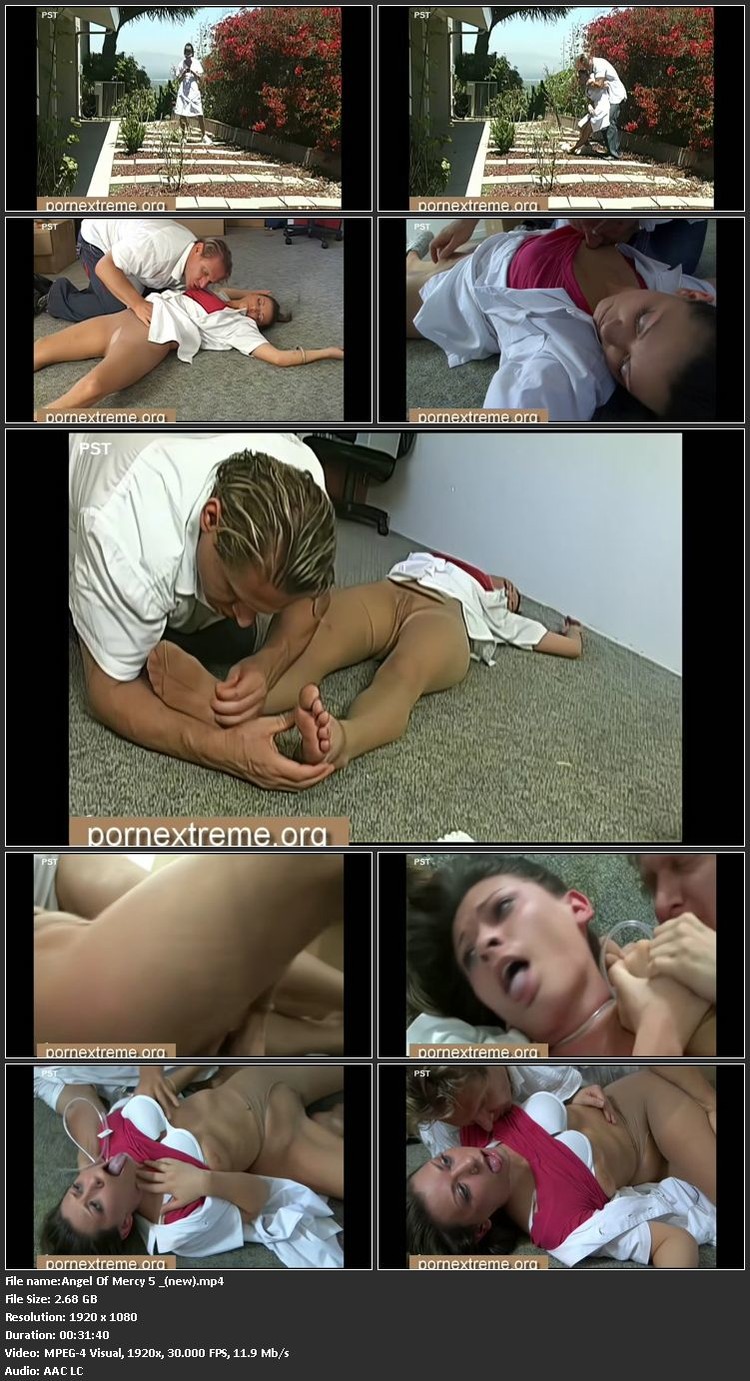