A school custodian attacks and rapes a sexy teacher, but she turns the tables on him, tasers him and murders him. Woman killing man video. 1 Girl, 1 Guy A sexy MILF teacher is working at her desk It’s after hours, she is alone in the classroom A custodian comes in to clean the room They talk briefly, then he starts cleaning up She continues to work As he cleans desks and seats, he looks up her skirt Finally he comes behind the desk to talk with her He propositions her and is rejected They argue, and he snaps He grabs her around the neck and bends her over the desk Holding her down, he lifts her skirt He fondles her pussy and pulls down her pantyhose Taking out his hard cock, he rams it into her She struggles, and he sprays cleaning liquid on a cloth He holds it against her face until she is only semi-conscious She is limp and compliant, and he continues to fuck her While he is doing her, she regains consciousness Fumbling at the side of her desk, she opens a drawer Grabbing a taser she keeps there, she shocks him He tries to back away, but she nails him over and over He jerks and writhes from the electric shocks Finally he is immobilized on the desk She takes sexual revenge on him Climbing on top, she rides his still-hard cock From the cowgirl position, she uses the taser again Shocking him multiple times, she continues her grudge fuck She comes to a climax, zaps him again, and climbs off him Dragging his head to the edge of the desk, she bends his face down She pussy-smothers him while he gasps Finally satisfied, she brings his neck down hard against the desk-edge His neck snapped, he goes limp She leaves him sprawled dead there on the desk. 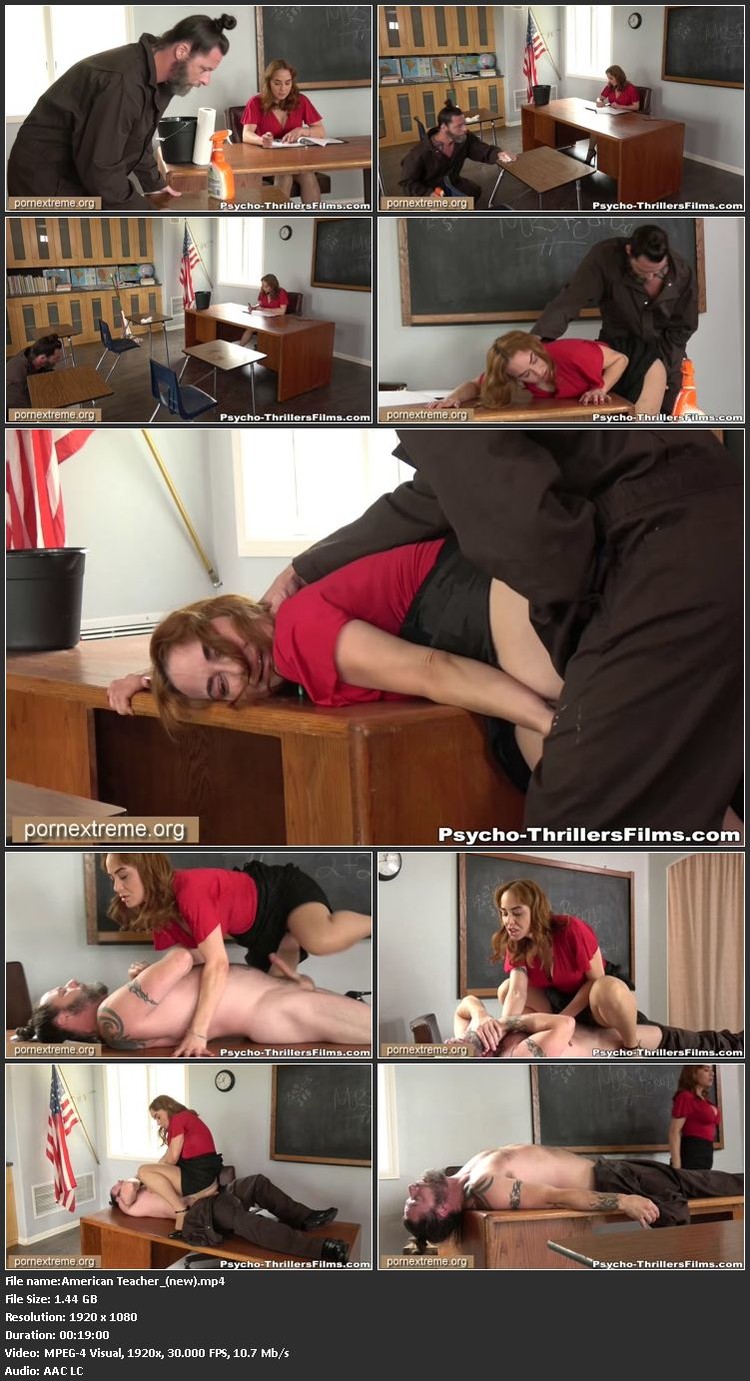