PKF The most popular extreme videos
May 8, 2021admin

Zoey is a stewardess, she often has long tiring flights across the world with some very disagreeable people, today was alright though. She lands and calls her boyfriend telling her she’s alright, then while walking to her car runs into Miles and Torro, two soldiers that were on her flight, they offer to walk her to her car in thanks for taking care of them. While walking through the empty airport, Miles see’s an opportunity he can’t let fly, an ajar maintenance door with a lock, he grabs on to Zoey and drags her into the small room. Torro helps him hold her down so he can tie her up, then goes out to make sure nobody comes in. Miles feels her sexy body struggling against the rope, he bends down and starts to lick her tight pussy, then he puts some duct tape over her mouth and begins to fuck her. He pulls on her hair and rams her tight pussy, then flips her over, he starts to massage and play with her feet while he pounds her, he then unties her and fucks her a little more, before making her suck his dick, she takes it in her mouth, struggling and drooling all over until he cums. Miles decides it’s time for Torro to get his, he knows the sick fuck will finish the job right. Toro comes in and very gingerly gets her to her feet then lays her down. He apologizes for his buddies behavior, then starts to tie her up. She begs him to stop, but he calmly explains that it is necessary and that it will all be over soon. He starts to wipe her body down with a rag, then pulls out his knife and jams it into her breast. She squeals and chokes, then he stabs her again in the chest, then again until she dead. The two tired soldiers start to clean up, then put the body in a container with the evidence to get rid of. 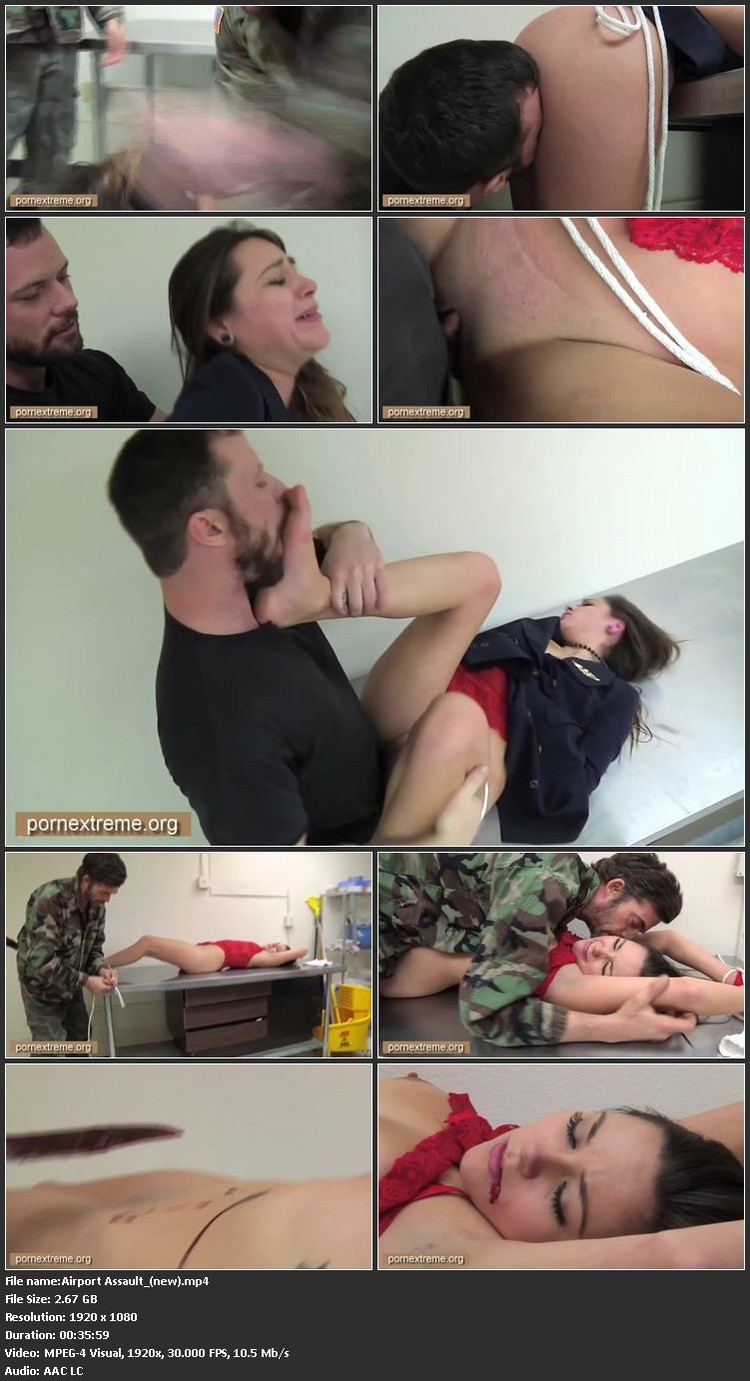