The most popular extreme videos
May 13, 2021admin

We fade in on the beautiful Agent Serena talking to her boss as she holds the world’s tiniest microchip (stored in a miniscule jewel), filled with sought after secrets and priceless information. She stores it in her belly button as we fade to the exterior of Serena’s lair. A rival agent (Jacquelyn Velvets) makes her way into the building and attacks, but Serena drops her with a punch to her stomach. Velvets strikes back, dropping Serena with a sudden knee to the jaw and a punch to the face! A dazed Serena gets dragged to her feet only to meet a sudden fist to her tender navel! The force of the blow knocks her out cold, surprising Velvets a bit as she decides how to proceed. Moments later we see Serena tied to a table as Velvets inspects her unconscious body. She finally finds the jewel and decides to have some fun with her captive in order to find out the access codes to the chip’s contents. She rubs a pain-enhancing oil into Serena’s belly, causing the dazed agent to slowly awaken.

Velvets proceeds to torture Serena, clawing at her belly and delivering deep and crushing punches that nearly break her navel. Serena lastst as long as she can, but Jacquelyn uses a baton to further destroy her aching belly. The pain causes the agent to pass out right before Jacquelyn gets a call from her partner. Turns out there’s a group of Serena’s clones making their way to the building! Jacquelyn grabs a sniper rifle and proceeds to take them ALL out from the inside. One by one, two gorgeous clones take shots to the belly, falling and writhing in pain before going still. The third one makes her way in and finds the rifle, but Velvets is nowhere to be found. The confused clone suddenly takes a handgun shot to the navel as Velvets pops out behind a nearby couch! A second shot finishes the pain-riddled clone off as Velvets returns to the original. Moments later we see Serena with her hands tied over her head…electrodes placed all over her belly. Jacquelyn delights in sending current after current into the agent’s abs, until a final high powered blast causes her to pass out. Jacquelyn puts the device down but a sudden kick from Serena crashes into her jaw. Serena quickly unties herself and wraps her powerful legs around Jacquelyn’s neck! A sudden twist and a loud CRACK fills the room as the deadly agent finishes her torturer off, her neck snapped perfectly. As she attempts to make an escape, her agency calls and tells her its too late for her. A team of rival agents are on their way and her OWN agency has decides to detonate a small explosion in her belly in order to maintain deniability! A shocked Serena feels the blast and collapses on top of Velvets, moaning and writhing in pain until she finally goes still. We are left with two fallen spies, motionless on the ground…as the camera fades to black! 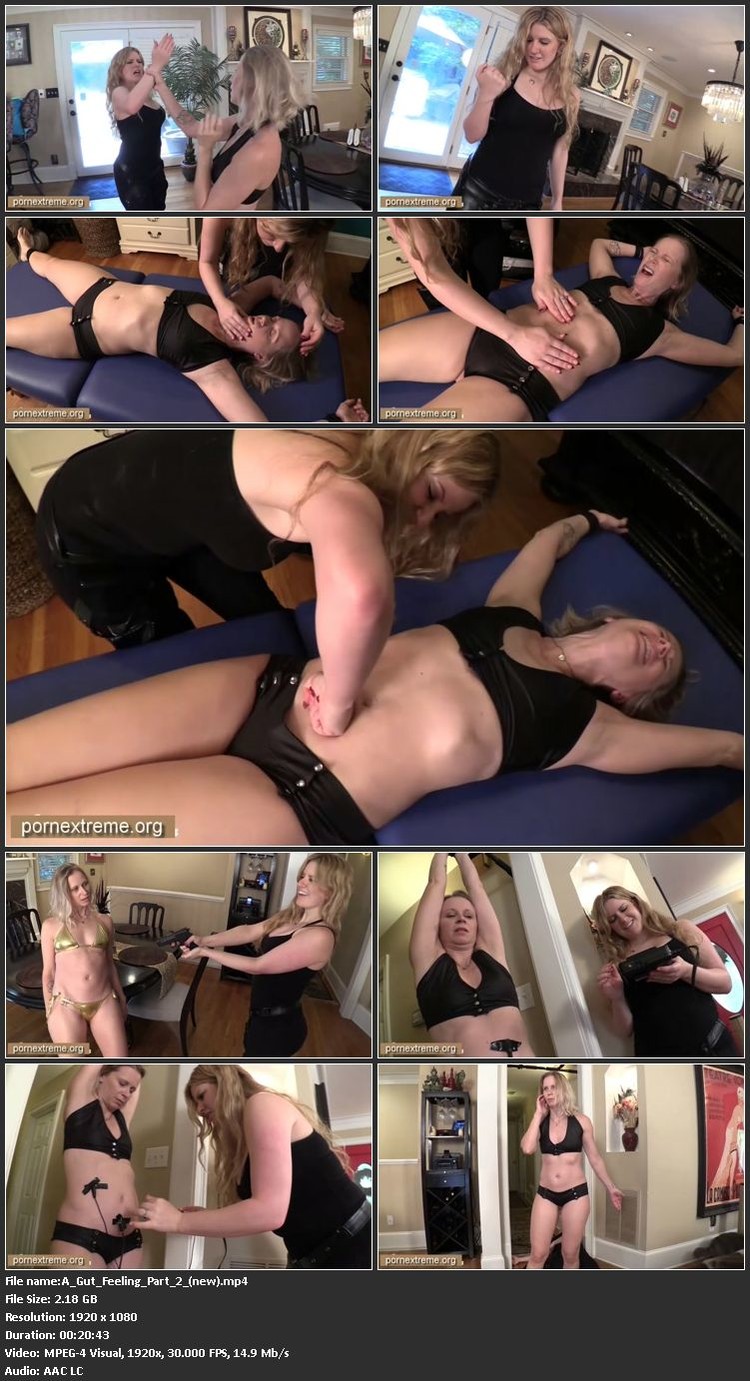